Prepare to have a blast once again when you purchase Shadow Warrior 2, a brand new first-person shooter that is currently available to stream on NVIDIA’s flagship Android entertainment platform, SHIELD Android TV. If you own a SHIELD Android TV, you can purchase and stream the new game via the cloud-based GeForce NOW game streaming service for $39.99.

The action-packed sequel to 2013’s critically acclaimed release once again comes at you from developer Flying Wild Hog, with publishing duties handled by Devolver Digital. It provides plenty more of the spectacular action that made the previous release such a hit with critics and fans.

In Shadow Warrior 2, you assume the role of Lo Wang, a former corporate shogun who now works as a mercenary within the corrupted world he once helped lead. Using an arsenal that includes guns, blades, and magic, he battles the demonic legions that threaten to overrun the world.

When you’re going up against demonic forces, the main thing you want to have going for you is a nice supply of weapons. That shouldn’t be an issue in Shadow Warrior 2, which features more than 70 lethal blades and firearms. You’ll rely on katanas, short swords, crescent blades, and lethal hand claws as you carve your way through the horde, or blast them with powerful guns that will leave them feasting on a lead buffet.

The weapons you rely on don’t have to stay the same forever, either. You can use magical stones to imbue them with improved performance and even powerful elemental effects. Meanwhile, collecting karma, amulets, and armor allows you to improve Lo Wang’s stats in other important ways. 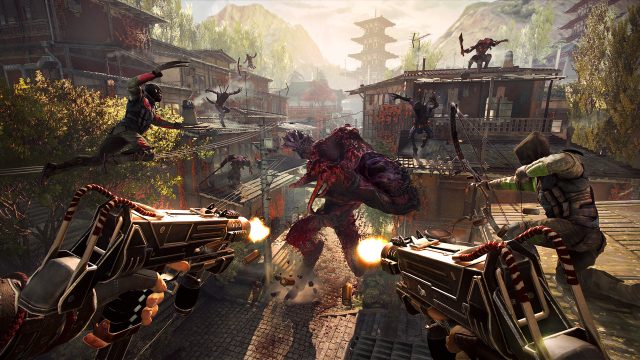 You’ll want every bit of power you can squeeze out of your equipment as you explore procedurally-generated environments that ensure each new mission offers a unique adventure. Everything you thought you knew could change as you explore the wasteland, but at least you don’t have to go it alone; four players can team up to clear the campaign by working together, either while clearing the primary campaign missions or as they conquer missions and side quests.

Released in 1997 and developed by 3D Realms, Shadow Warrior has found new life as a revitalized shooter that compares favorably to the genre’s heavy hitters here in 2016. If you’ve been looking for new challenges, stories, and experiences, stream the game now on GeForce NOW. If you purchase Shadow Warrior 2 on GeForce NOW, you will receive an extra code to download the game on PC at no additional cost. 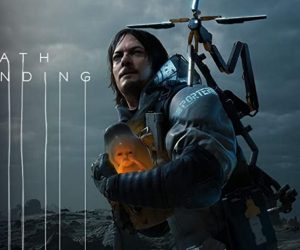