Set in a dark, Victorian era-inspired fictional metropolis known as “The City,” Thief is a modern re-imagining of the first-person stealth action game that once again casts players as series protagonist and master thief Garrett.

Originally released on PC and consoles, Thief is now available to stream on NVIDIA SHIELD via a GeForce NOW membership.

In Thief, Garrett returns home to The City after years away only to discover that its streets are ravaged by a devastating plague and The City itself is under the control of a ruthless tyrant known as the Baron. Players embark on a variety of missions where they must use stealth and strategic planning to infiltrate and steal from The City’s wealthy elite.

As Garrett, players have the ability to take a variety of different approaches to completing missions. They can either take a much more aggressive approach while using weapons—including everything from a crossbow to a blackjack club—as well as physical force to take out enemies. They also have the option of utilizing non-lethal means by blending into the shadows and using stealth to get in and out of locations. 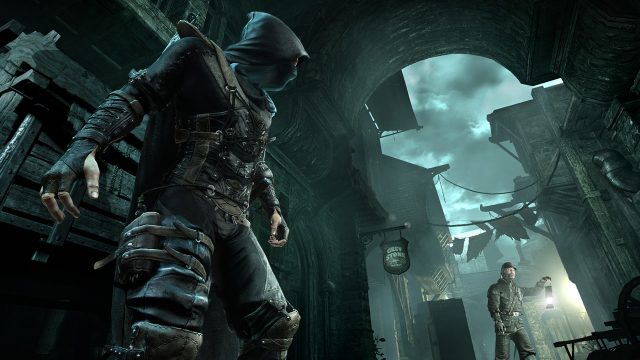 Money and valuables Garrett steals during missions is converted into currency, which can be used to unlock new equipment and upgrades for your current gear. On top of Garrett’s weapons, which can be used to either take out enemies or distract them, he also has various non-lethal tools like a lockpick, wirecutter and a grappling hook for climbing structures.

NVIDIA Shield owners can stream the full version of Thief with a membership to NVIDIA’s cloud-based game streaming service, GeForce NOW. For $7.99 a month (with the first three months to try out free) GeForce NOW members can stream a variety of AAA games directly to their SHIELD device including Thief.