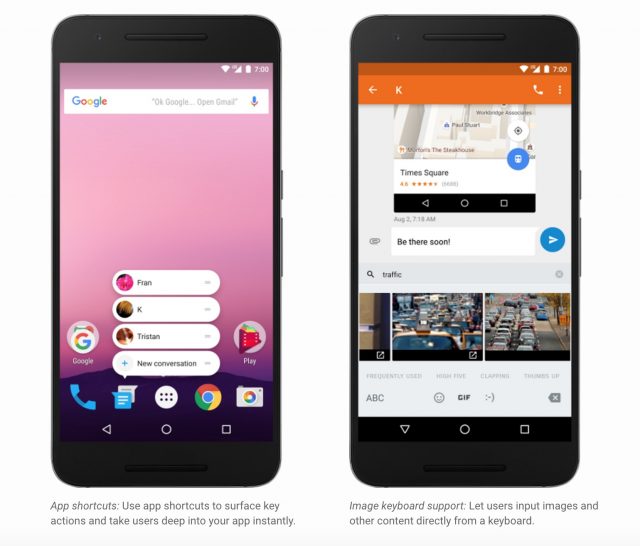 In case there was any doubt that Android 7.1 Nougat wouldn’t be headed to Nexus devices (or just extremely delayed), Google has just announced that the update is almost ready to begin rolling out in early Developer Preview form.

Google calls 7.1 an “incremental update,” one we got a brief look at as it was running on the Pixel and Pixel XL. The update brings a handful of new changes, things like app icon shortcuts, Daydream VR support, automatic background updates, and image keyboard support. Here’s the full official change log:

While Google’s upcoming flagships will have 7.1 out of the box, Nexus users who join up with Google’s Android Beta Program will need to test it first. The update will begin rolling out later this month, but will only be available for the Nexus 5X, Nexus 6P, and the Pixel C.

The rest of the Nexus family can expect to see it sometime near the end of the preview, with Google saying that the final version of Android 7.1.x will be available to Nexus 6, 5X, 6P, 9, Player, Pixel C, some Android One devices, as well as the Pixel and Pixel XL in December.

Notably absent from the announcement was any word on Google Assistant, which appears to still be a Pixel exclusive (but there are methods to get it up and running on some Android devices right now).