Earlier today, Samsung issued a formal recall of the Galaxy Note 7 due to a “battery cell issue”. There have been multiple reports of exploding batteries without much of a reason. Due to the global recall, it was only a matter of time before carriers began discontinuing sales of the device. 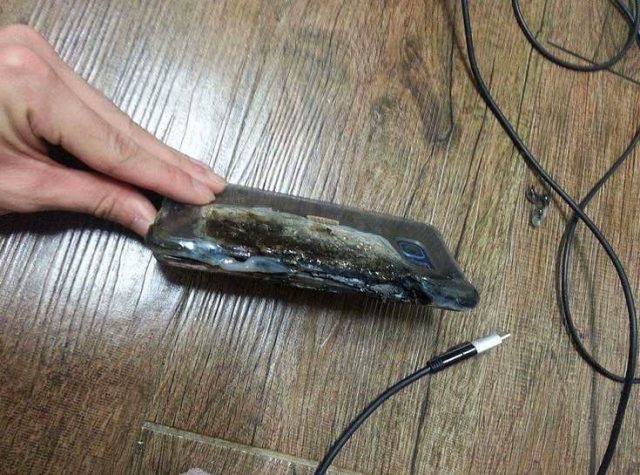 Here are the statements provided by each carrier:

We are working closely with Samsung to ensure those customers who already have purchased the device are taken care of. For those customers that previously purchased the Note 7 we will offer them a similar device until the issue is resolved. Customers should go to a nearby Sprint store to exchange their Note 7 device.

We will share more details when they are available.

Samsung has notified us that they have identified a battery cell issue in certain Galaxy Note7s. They have asked all retailers, including AT&T, to stop selling the device. We are in the process of determining the exchange process for our customers and how they can replace their current Note7 as quickly as possible. We will have more information later today.

Earlier today, Samsung announced that it has stopped sales globally of the Galaxy Note7. T-Mobile has suspended sales of the device in all channels.

We are working closely with Samsung as they are finalizing details of their exchange program for the Note7, and we want to make sure T-Mobile customers are taken care of as Samsung works to resolve this.

Starting immediately, customers who are concerned about using the Note 7 can return the device to T-Mobile for a full, complete refund. They’ll get a full refund of anything paid for the device and any Note7 accessories. We’ll waive any restocking charges and shipping fees, and customers can keep the free Netflix subscription they received with purchase during pre-order.

On September 2, 2016, Samsung announced a voluntary recall of the Galaxy Note7 in response to an issue with the device’s battery. Because customer safety is our top priority, Verizon has stopped selling the Galaxy Note7. Additionally, through September 30, 2016, Verizon is waiving the restocking fee for any customers who purchased a Galaxy Note7 and wish to return or exchange it.

It’s not yet known when Samsung will begin to sell the Galaxy Note 7 again, but this is a huge hit to a company that has already sold 2.5 million units worldwide. Each of these carriers will be providing loaner units or will offer a full refund on the device and its accessories.