If you haven’t noticed, everyone seems to be using smartphones these days – even kids. While a smartphone can be an expensive device to hand over to your 9 or 10-year-old kid, it can also be an incredibly helpful tool to communicate with them or track them down in case of an emergency. But giving a smartphone to a kid can also be a bit dangerous. Knowing that a smartphone can give a child access to the entire web or any app within Google Play can instill enough fear in a parent to lock their kid in their room in an effort to protect them.

Google Play does have some basic parental controls build in, but what better way to keep your kids away from specific apps than by removing Google Play from the phone. No, Kakatu will not uninstall Google Play, but its app management feature allows you to choose which apps your kids have access to. This means your kids will only see the apps that you want them to use, which means you can remove their access to their smartphone’s web browser, Google Play, social media apps or anything else that you think may be inappropriate for them. For best results, you will need to uninstall any apps from the phone that you don’t want them to have access to. Kakatu can prevent the apps themselves from launching, but it cannot restrict Android notifications. If you don’t want your kid seeing Facebook notifications, removing the app from the phone is the best way to do it.

The app management goes hand-in-hand with time management. Kakatu also allows you to set a limit on how much time the smartphone can be used in a day. Once the time limit is reached, your kid will still be able to make phone calls or send text messages, but they will not be able to launch any other apps. What makes time limits fun for the parents is the custom messages which show up when the time limit has been reached. You can type a simple message reminding your children to go to sleep or do their homework, or you can record a fun video message which reminds them that they are using the device too much.

Smartphones are great communications tools, but many parents like to restrict who has direct communication with their children. Kakatu cannot shut down all communications, but it does have a feature which allows parents to whitelist or blacklist phone numbers, restricting the numbers that can be used to call or text the phone. Whitelist a handful of important phone numbers (family members or close friends) and the phone will only receive calls or text messages from those numbers. If there are only a handful fo numbers you want to block, add them to the blacklist.

There are a handful of parents who like to know where their kids are at all times. While Kakatu does track the location of the device that it’s installed on, the location tracking is passive when compared to apps like Life360. It does show historic data and you can find the current location of the device using Kakatu’s website, but there is no parental control app which you can use on your device to see where your kids are at all times.

If you have a young child with a smartphone of their own, installing Kakatu on that device will give you more control over how the device is used. It may not be the prettiest alternate launcher for Android, but it definitely gets the job done. 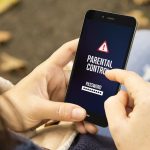 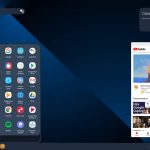