When it comes to looking upgrading to the latest and greatest Android devices, battery life is paramount. At least for some of us. We’ve seen big-name manufacturers making small strides in this area, reluctantly outfitting their power hungry devices with slightly higher capacity batteries than previous iterations. For the OnePlus 3, like many of you, we were a tad disappointed to see OnePlus going with a modest 3,000mAh battery for this year’s flagship, especially considering all the check boxes they nailed in the hardware department.

While raw mAh is the easiest way to add stamina to a device, processor and software also play a huge role in how long you can stay away from the charger. It’s often a delicate balancing act. Tune down the performance too much (using low-power CPU cores instead of regular ones) and you’re left with a phone that feels sluggish. Go overboard on performance and your phone wont last through an entire day.

In the OnePlus 3, we’re seeing OnePlus make the controversial move to limit the amount of apps that can be open in the background, using only a small fraction of the device’s 6GB of RAM for added battery savings. At least, that’s what OnePlus is telling everyone. And although it sounds like lip service (like those people who swear Task Killer apps can double battery life on their Android devices), there could be a method to OnePlus’ madness.

Having the phone for the better part of a week now, I noticed that I’ve been getting some pretty great battery life, even more so than devices with substantially larger batteries (the Nexus 6P for instance and its 3,500mAh battery). We’re not sure what kind of black magic voodoo is at work here, but to say we were surprised would be an understatement, especially considering how snappy the phone’s performance has been. Although no two people will ever have the same kind battery life results — there’s just too many factors involved like cellular reception, apps installed, use, etc. — I wanted to give you a better idea of what to expect by recording my own personal use. Let’s take a look. 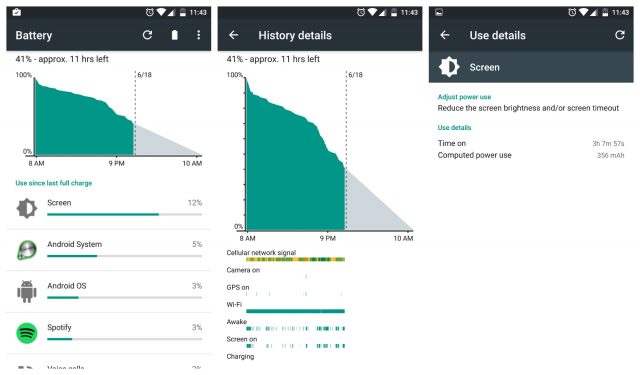 Typically, I don’t use my phone too often outside of streaming music, browsing Reddit on the toilet, and maybe watching the occasional YouTube video. Mostly, this is all done while I’m at home and connected to WiFi. Although showing 3 hours of screen on time, again, I wasn’t using my phone for any kind of gaming or GPS navigation and had auto brightness on at 75%. For these reasons, I’m going to call this light usage.

I unplugged my OnePlus 3 a little before 8AM and the battery easily took me to 11PM at night with around 41% battery to spare before I turned in for the night. Not too shabby considering battery on my S7 or HTC 10 usually hits 40% daily at around 7PM. 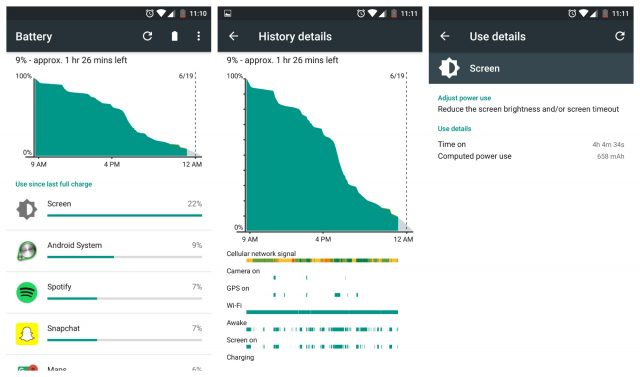 For normal use, I pretty much used my phone, well, as normal, unplugging a little before 9AM and checking it throughout for messages and light social browsing. It was only during a 45-minute drive that I fired up navigation with Google Maps and began streaming extreme quality music in Spotify that battery life took a big dip. After that, you can see where things evened out again.

It was at 11PM that I reached 10% battery with about 14 hours of total battery life and 4 hours of screen on time. This is probably the number most people can expect to hit after picking up the phone although results may vary. Keep in mind that brightness was set to max, so it’d be possible to squeeze out more juice by dimming the display a bit. 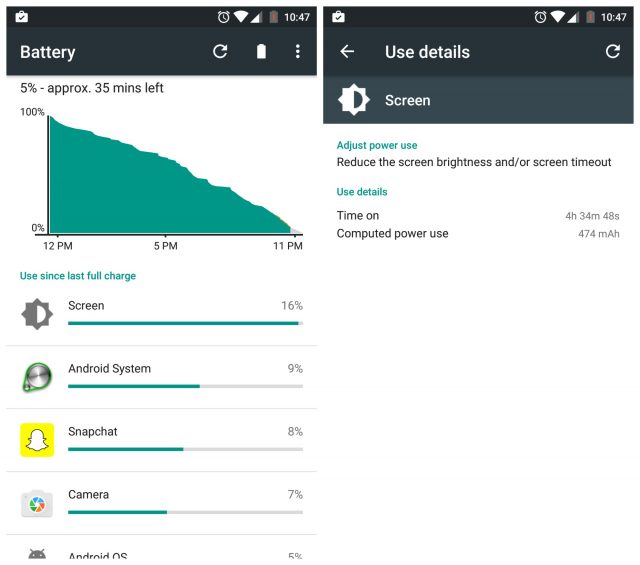 Here I used the phone pretty heavily while attending E3 last week. Since a large portion of my time was spent waiting in long lines, I’d be checking Twitter, Facebook (yes, the app), and taking constant photos/videos and uploading to Snapchat. Anyone who’s used Snapchat knows how taxing it in on the processor, but despite all this the battery still lasted me throughout the entire day.

The OnePlus 3 was finally ready to give up the ghost after about 12 hours of use and 4 1/2 hours of screen on time. This was after using auto-brightness at about 50% since I was mostly indoors at the time. 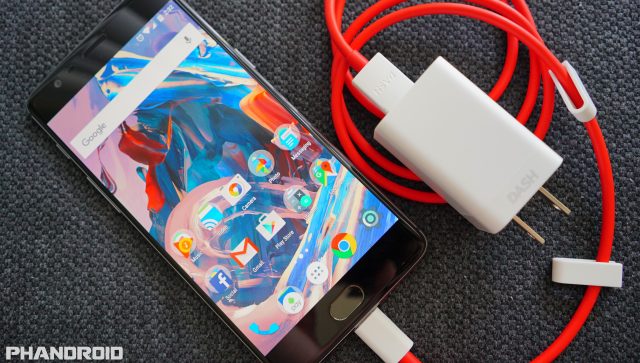 While Stamina is important, sometimes it’s not about how long you can last, but how quickly you can get back up when life knocks you down (I think that was a Rocky quote or something). For the OnePlus 3, OnePlus has finally added quick charging, using a technology they’re calling Dash Charge.

Based on Oppo’s VOOC charging technology, Dash Charge uses a larger electric current (5V/4A) that handles the power management in the power adapter itself. This not only keeps the phone cool while charging, but doesn’t require any throttling of the CPU/GPU while charging and performing processor intensive tasks like gaming. Unlike the Galaxy S7 which only fast charges while the screen is off, Dash Charge keeps a constant flow of fast charging power whether you’re using the phone or not.

OnePlus claims that, when fully depleted, the OnePlus 3 is capable of reaching 60%+ battery in just 30 minutes of charging. We decided to put those claims to the test and lo and behold, they were right. 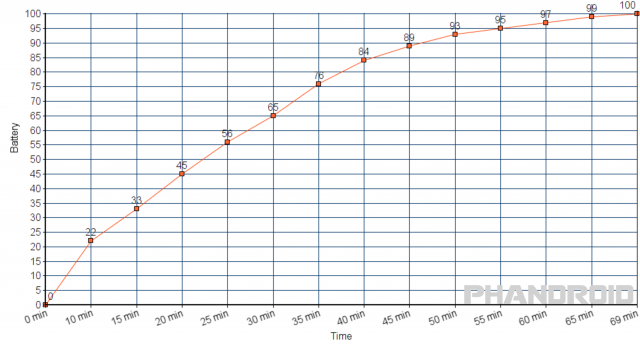 Dash Charge added a little over 10% battery for every 5 minutes while using the power adapter. It’s only at around the 85% mark that things start slowing down, a common practice for most quick charging methods to help keep battery health in tip top shape. All in all, it took about 1 hour to reach a full charge, a drastic improvement over the OnePlus 2’s painfully slow 3 hour charge times.

With battery life — and charging time — being such a huge concern for anyone looking to upgrade to a new Android device, we thought we’d show you our results before our full OnePlus 3 review hits. Although the 3,000mAh battery concerned us initially (especially after coming from the Galaxy S7 and HTC 10 which feature the same sized battery), we were more than pleased with the battery life we’ve been getting so far on the OnePlus 3. Although battery capacity can be a good indicator of how much battery life you can expect to receive from a device, it’s not the end-all-be-all. The OnePlus 3 has definitely proven that. 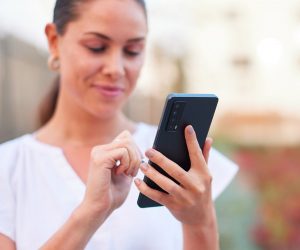