Looks like The Pokemon Company was giving private briefings about Pokemon Go at South by Southwest. New video from the presentation has leaked, giving us our very first look at the first ever mobile-bound full Pokemon game.

As you’d expect, the device isn’t at all unlike games like Ingress which use augmented reality to let you enjoy geo-based gameplay. Your phone becomes your Pokedex, essentially, and you go out into your real world to go about your day as you normally would. Only, Pokemon Go enables encounters of your favorite pocket critters. 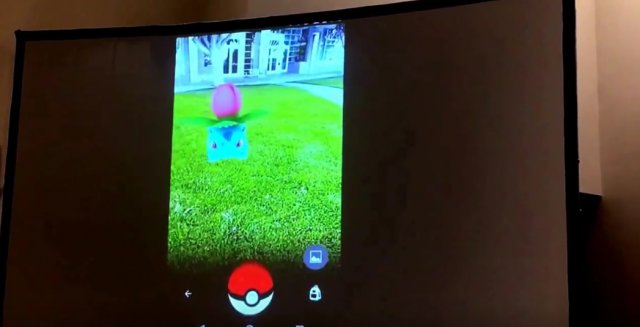 You’ll be notified of a nearby Pokemon if you’re fortunate enough to cross one, and it’s there you’ll be able to decide how to handle it. You could opt to pass it by, knock it out or even capture it for your team. The game uses your phone’s camera to show the Pokemon in your actual environment.

You use Pokeballs to capture them, and they vary from the standard ball all the way up to the guaranteed catch rate of the Master Ball. It appears you’ll be able to use your Pokemon in battle against other people, too, as the footages shows a Bulbasaur with an HP count. You’ll also be able to gain XP when capturing Pokemon and winning battles, which we assume will allow you to level up to unlock some sort of abilities or skills.

One last detail worth mentioning is the presence of a “Crystals” button. We’re not sure what it’s for, but we wouldn’t be surprised if that’s a currency used for fueling micro transactions. Let’s not assume too much, though, because there isn’t very much info to go on aside from what we see in this video. We do know that the game can be accompanied by a simple wrist band that’ll vibrate to let you know of sudden Pokemon encounters, though that’s sure to be an optional accessory. 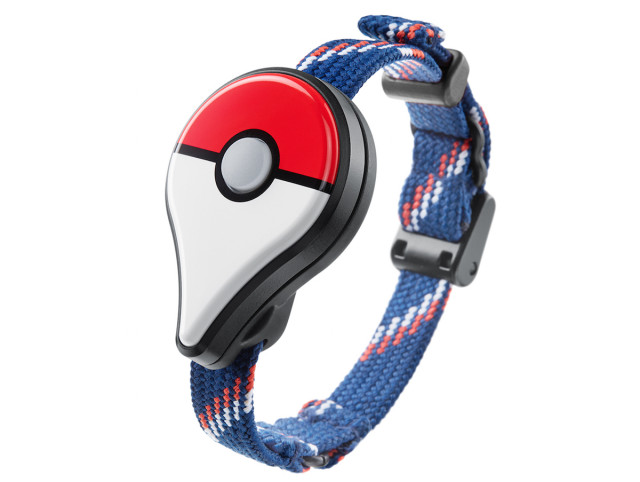