They’re probably not the first name that comes to your mind when you think of hot new Android devices, at least not in the US (yet). But Chinese media company Letv is making splash at this year’s CES and in a big way. Located in a huge booth in South Hall, Letv is showing off their popular streaming services and television hardware, including the world’s first smartphone with Qualcomm’s latest Snapdragon 820 processor — the Letv LE Max Pro. 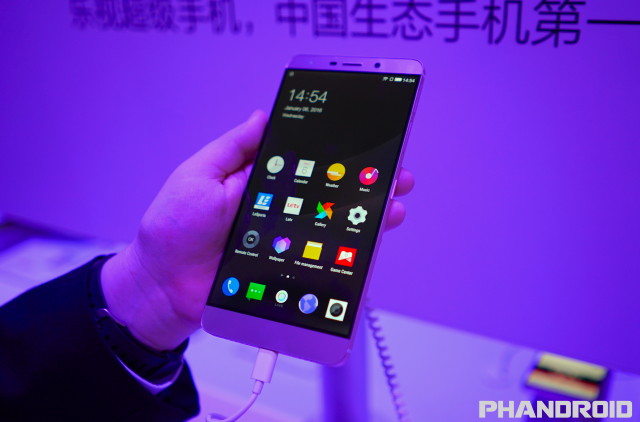 The Pro is essentially a souped of version of the company’s previous LE Max which launched in China back in July and really, not much has changed. You have the same minimal, all metal body, USB Type-C port, gorgeous 6.3-inch Quad HD display, 4GB RAM, 64GB internal storage, and a hefty 3,300mAh battery. The specs they did improve were all about performance, with an updated processor, fingerprint sensor and camera all being introduced in the Pro.

We already told you about the Snapdragon 820 (previous model used the 810), which we know is supposed to be fast, but seeing it in action is another thing entirely. The UI itself was quick and responsive, apps opened up lighting quick, and streaming video quickly loaded up with little downtime. It’s one of the few phones we felt was as speedy as the Nexus 6P — and that’s saying something. 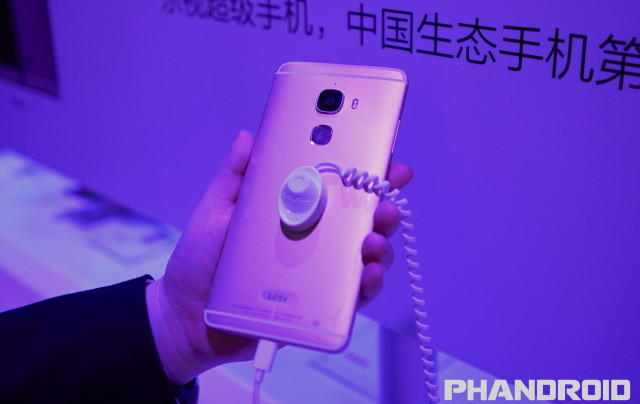 The other big new addition is the use of Qualcomm’s all new 3D ultrasonic sensor which is supposed to more secure and reliable than others and, unlike most other capacitive sensors, can read your fingerprint through glass and metal. Maybe that’s why the fingerprint sensor itself had a glossy metal finish, likely an effort to draw attention to the new tech being used.

The Snapdragon 820 is rumored to power most of this year’s biggest flagships and the fact that Letv, a relatively unknown here in the states, was the first to show off a working handset is impressive to say the least. Apparently Letv has been doing pretty well for themselves in their homeland of China, outselling even Apple and Samsung. 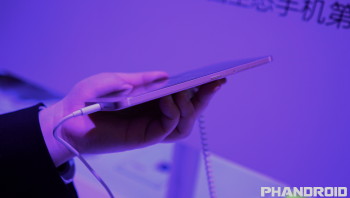 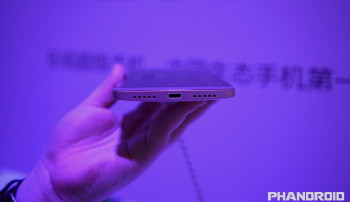 While Letv doesn’t have much of a presence here in the US at the moment, they (like Huawei) plan to begin selling unlocked versions of their devices in the states later this year. No word on pricing or when we can expect the LE Max Pro to launch, but we’ll definitely be keeping an eye out. The Max Pro could be the sleeper hit of the year and you wont even have to worry about securing an invite before buying.