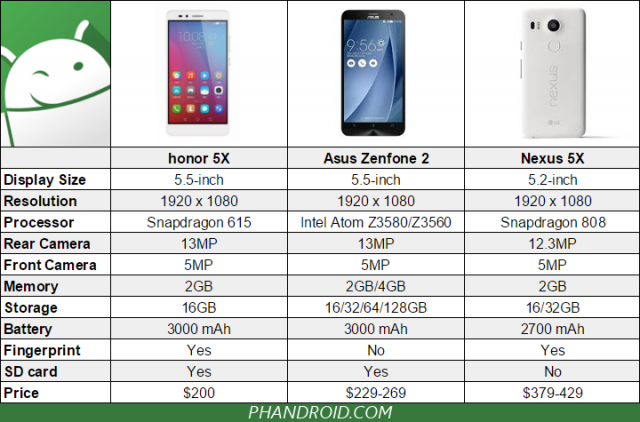 With the honor 5X headed to the US market, you’re probably wondering how it holds up against some of the other devices in its class. The asking price is $199.99, and while earlier years might have you expecting a bundle of disappointment for that amount, the middle part of this decade has shown a trend that affordable devices can look, feel and perform well.

At its price tag, the Honor 5X has a lot of reasons to take notice. Not lost on us is the company’s ability to deliver a full metal unibody exterior, a build trait often reserved for handsets that stretch into the $500 to $700 ranges.

It’s a device you can take out of your pocket and not feel ashamed to use in public, which — while shallow — is something a lot of people care deeply about. Compare that to the plastics featured on the Nexus 5X ($349) and ASUS ZenFone 2 ($199) and you have to appreciate Huawei’s willingness to accept a lower profit margin for the sake of delivering quality. And that’s not to say plastic devices aren’t quality, but there’s something about metal that helps drive the point home. 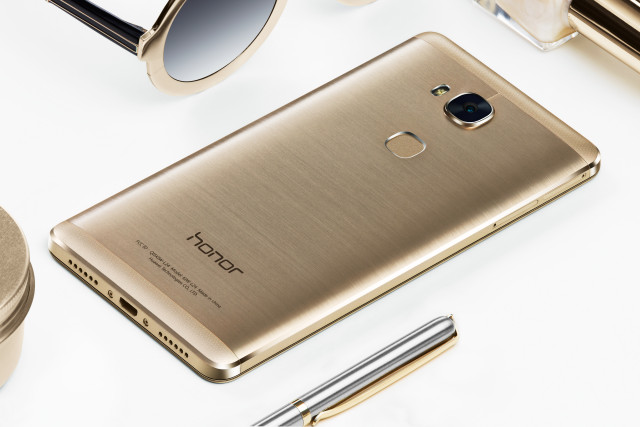 But for many other folks, it’ll be the underlying technology that determines the Honor 5X’s worth. At $199 you shouldn’t expect the world, but the Honor 5X does have enough juice to deliver a capable smartphone experience. Its 5.5-inch display has 1080p resolution, the Octa-Core 64-bit Snapdragon 616 (coupled with 2GB of RAM) delivers enough power to handle Android 5.1 Lollipop (and beyond) quite nicely, and its 13-megapixel camera should help you take some nice photos. There’s even a fingerprint scanner for those who are fans of biometric security.

Compared to the ASUS ZenFone 2, the Honor 5X can match most of its wits, though it can’t claim victory on the mobile payments front without NFC in its arsenal. The Nexus 5X, on the other hand, beats it in almost every way, but it also costs about $179 more.

All of that is to say that the Honor 5X slots itself quite nicely where it’s trying to fit. At $199 you don’t typically expect a smartphone that can hold its own, but the Honor 5X seems to pack enough of a punch to challenge the sub-$200 throne as effectively as anything else. Take a look at the full comparison chart above to see how it stacks up against some of its contemporary counterparts.