Just as we told you, Tag Heuer has unveiled their first Android Wear watch. Simply called the Tag Heuer Connected Watch, this $1,500 beauty employs an Intel chipset for its computing purposes, but that’s not the only reason to raise an eyebrow.

Tag Heuer has created one of the only smart watches on the market that should truly stand the test of time, from what we can tell. Their goal was to make a watch with the traditional qualities of being an everlasting timepiece. They did so by using quality glass (sapphire crystal), titanium metal, and interchangeable rubber wrist straps that can’t easily be scuffed. It’s also 46mm in diameter, so it’ll have plenty of surface area for those who like a big watch. 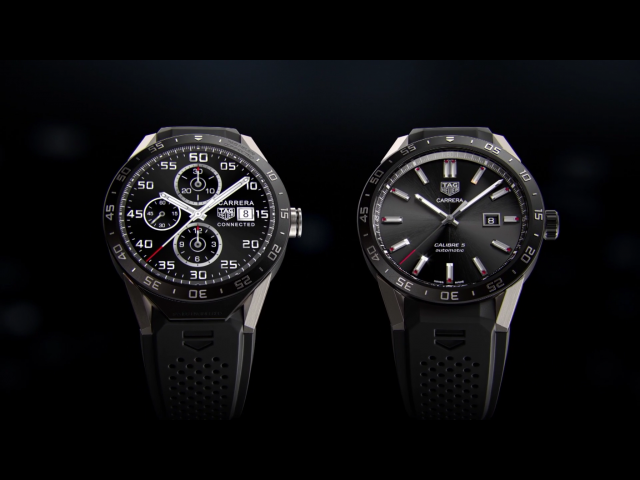 The watch is pretty ordinary otherwise. It’s Android Wear with 3 of Tag Heuer’s custom watch faces which emulate some of their most popular real ones. WiFi, Bluetooth, a microphone and contact-based charging (not wireless, but there’s a neat dock) are all standard affair. We’re not sure if the Intel silicon inside will make any big difference over options using Qualcomm’s Snapdragon 410, but it shouldn’t be so much slower or faster that you’d be albe to tell a significant difference. 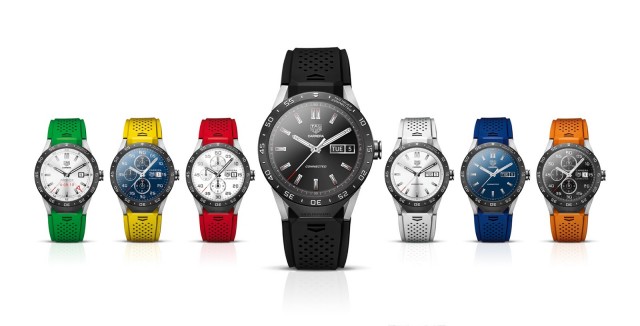 And that’s that. Tag Heuer says their watch is not meant to be replaced within a year or 2, or however long it takes or you to get bored with the thing, but to last you “an eternity” just as any quality mechanical watch would.

To go with that promise, Tag Heuer says anyone who buys one of the watches will have the opportunity to fully exchange the device with a mechanical Tag Heuer model that has similar looks and costs, so if you anticipate ever wanting to go with a different smart watch down the line you could swap this one out for a mechanical one that will truly last forever (because let’s face it — technology fails eventually). That’s a big promise and a big bet, and it just goes to show how much Tag Heuer believes in their product and its ability to satisfy you for the long haul.

Tag Heuer’s watch will be available at select jewelry boutiques around the world and at their website later today, and will only be available in limited quantities. If you have $1,500 to blow and are looking for a quality smart watch be sure to act fast.