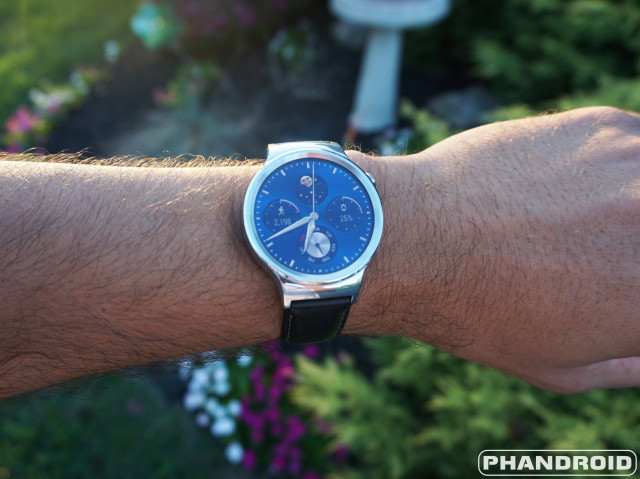 Huawei stole the show at Mobile World Congress last winter, where they debuted their smartwatch for the very first time. Finally, after a long wait, Huawei is ready to join the Android Wear space when Motorola, LG, and Asus, all have at least two Android Wear watches under their belts. Ever since the wearable’s announcement, the world has waited to see if Huawei’s offering could stand with other Android Wear OEMs that were already in the game. Some manufacturers focus on sport and fitness, some manufacturers focus on price, and others try to focus on customization. Since day one, it’s been clear that Huawei will try to focus on elegance and beauty, a smartwatch that doesn’t look like a smartwatch, a smartwatch that looks and feels like a traditional timepiece.

We liked what Huawei had to offer during our initial hands-on earlier this month and now we’re ready to give the Huawei Watch the full review treatment. 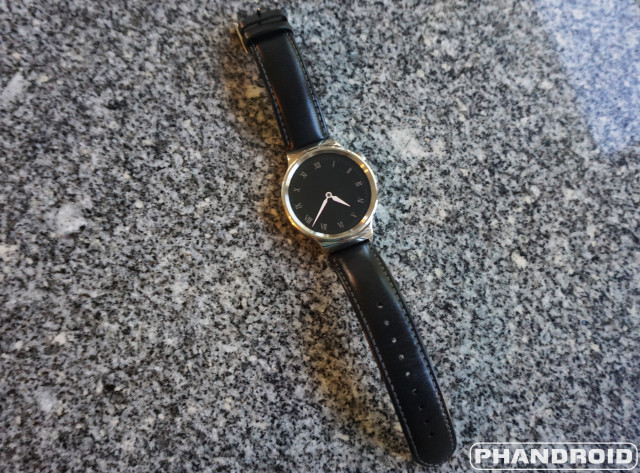 The Huawei Watch comes in various models, ranging from $349 to $799. The lower end of the tier will get you a steel watch with a black leather band, which was used for this review, while the high end will get you a 22k rose gold plated watch and 22k rose gold plated band. In the middle, you’ll find a black stainless steel and steel link band for $449, a stainless steel and steel mesh or link model for $399, and a 22k rose gold plated model with brown leather strap for $699. Huawei’s offerings don’t allow for the full level of customization that Motorola offers through Moto Maker, but given the options available, you should be able to find something to your liking.

Huawei presents their smartwatch as a fine piece of jewelry, giving you a premium experience from the moment you set your eyes on their packaging. You feel like you’re unboxing a luxury item. This is in high contrast to other Android OEMs, which package their smartwatches in plastic or paper cardboard boxes. Huawei seems to have spared little to no expense on creating an elegant experience from the get go.

The Huawei Watch is composed of 316L stainless steel and feels as good at it looks. It’s smooth, light, and I completely forgot about having it on my wrist as I went about my day.

Looks may be a bit deceiving for some though, as the side lugs do make the watch sit a bit higher on your wrist, making the watch seem thicker than it is. The Huawei Watch is in fact thinner than the Moto 360 and the Apple Watch. I don’t feel that the Huawei Watch looked bad on my wrist, but those with wrists the same size as mine or even smaller may feel the watch looks a bit bulky.

The physical hardware button sits at the 2 o’clock position and has just the right amount of pressure and sponginess. Not that you’re going to use it for a lot of things besides turning the screen off, on, or toggling screen modes, but when you do, you’ll like the way it feels.

When it comes to watch bands, I’m a fan of leather straps and not steel ones. The included leather strap on the Huawei Watch is light years ahead what was included with the Moto 360. The Huawei Watch leather strap is extremely comfortable, soft, and elegant. In fact, I like it so much I haven’t wanted to change it yet, and I don’t even like black leather, I’m more of a brown leather type of guy.

If you do want to install a custom watch band, the Huawei Watch comes with quick release pins, allowing you to easily remove the OEM bands without fear of breaking your brand new smartwatch. The Huawei Watch requires 18mm pins, however the included band is 18mm-22mm, meaning it’s notched at the top, where the band connects to the watch lugs, and then fans out to 22mm for the rest of the watch band. 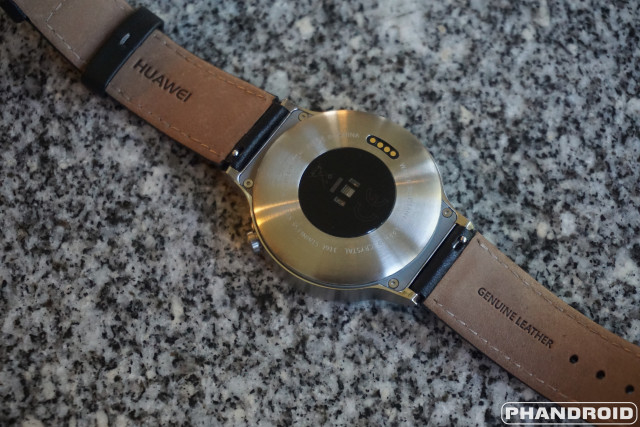 While any ole 18mm or 18mm-22mm band will work just fine with the Huawei Watch, the company does plan on selling additional bands on their online store in the near future. The official Huawei bands will run between $79.99 and $169.99. 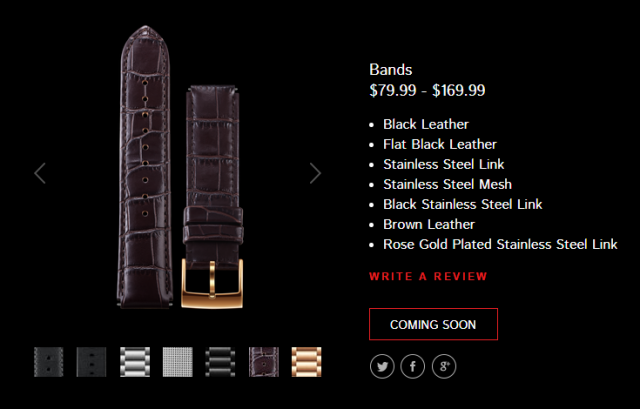 The Huawei Watch has a beautiful sapphire crystal display with the highest resolution of Android Wear watches to date with a 400 x 400 resolution. The quality of the display is immediately apparent when viewing this watch as watch faces are much more crisp than the competition. Besides higher quality watch faces, even ambient display feels much better and more useful on the Huawei Watch.

Coming from the wireless charging world of the Moto 360, I was a bit saddened to learn that the Huawei Watch did not support Qi charging or include a more useful charging indicator. To charge the Huawei Watch, you’ll need to accurately place the watch onto the cradle. The cradle includes a strong magnet, holding the two together quite nicely, but you’ll still need to make sure everything is lined up perfectly for the watch to charge. Is it as easy as the Moto 360? No. Is it a big deal? Not really in the grand scheme of things. It now takes me 3 seconds to align my watch on the charger versus the 1 second that I was accustomed to with the Moto 360. 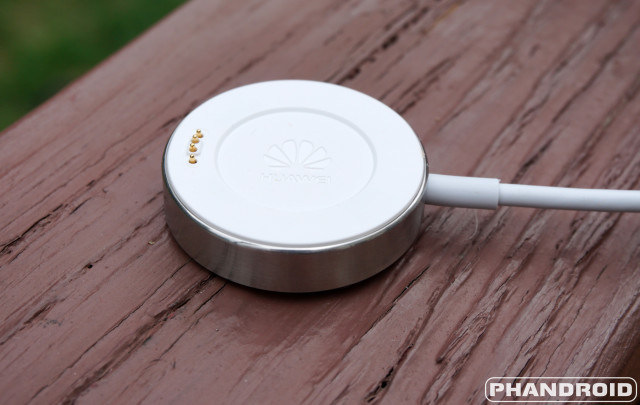 My only gripe is the charging indicator. Huawei opted for the standard Android Wear lightning charging symbol, which depending on the watch face that you’re using, the tiny icon isn’t always immediately apparent. I do miss the Moto 360’s custom charging screen. I wish the Huawei Watch had something similar. 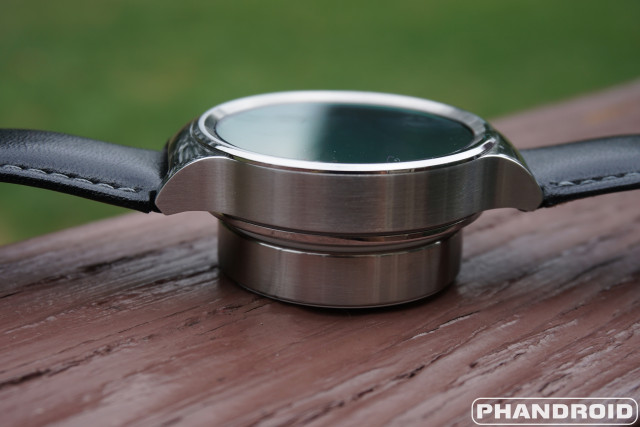 With charging out of the way, let’s talk about battery life. According to Huawei’s documentation, the Huawei Watch can get up to 2 days worth of battery life. That of course depends the amount of notifications you receive, your brightness settings, WiFi and cloud sync options, ambient display, etc. It’s worth mentioning that I get a lot of notifications. My smartphone and smartwatch are constantly beeping and buzzing with hundreds of Google+ notifications a day. Your mileage may vary.

On a normal day for me, I was able to take my watch off the charger at 7am and have about 20% battery left come 10pm that night. Using the Huawei Watch until it was absolutely dead, I was able to get between 18-22 hours out of this smartwatch, depending on usage. That’s with brightness at 4, cloud sync enabled, WiFi enabled, and ambient display turn on as well. My original 1st gen Moto 360 was often dead come 6pm, so this is an extremely welcomed change. 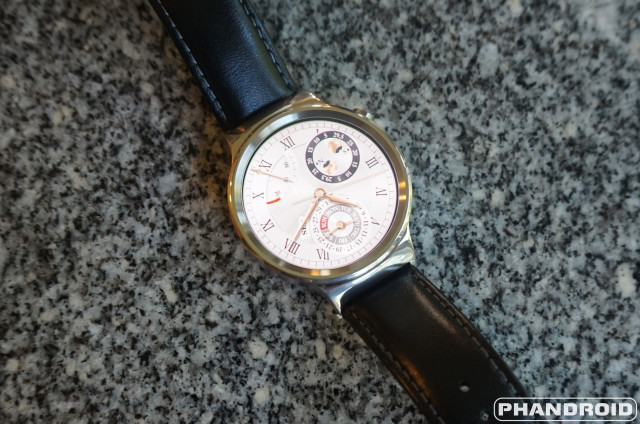 The Huawei Watch boasts a full 360-degree beautiful screen, but this does come with a bit of sacrifice. Huawei’s wearable does not include an ambient light sensor (just like many other Android Wear watches). But, the Huawei Watch does not include the notorious ‘flat tire’ that plagues the Moto 360. Since this is the case, you’ll need to manually adjust your brightness settings when you’re outside in direct sunlight or if you’re in a dark room. Though, leaving your brightness setting on 4 should be sufficient for most scenarios.

When it comes to Android Wear specs, the majority of the hardware specs found in Android Wear smartwatches are the same, such as processor, RAM, storage, connectivity options, etc. Huawei did class it up a bit in the build materials department though.

Daily Tracking is a Google Fit replacement, allowing you to track your activities, steps, and calories burned. It runs in the background and tracks your activities throughout the day. The Fitness Tracking app is aimed at tracking individual, specific tasks. You can set up different goals by time or calorie count, and be alerted by a vibration when you reach either. Think of this app as an low-end RunKeeper replacement. And last, but not least, is Huawei’s own heart rate sensor app, which does exactly what you think it would do.

One of my favorite aspects of Android Wear is the ability to change my watch faces based on my mood or outfit. Huawei has embraced that notion by including an overwhelming amount of beautiful watch faces to suit a wide range of people. Sadly, none of the included forty watch faces take advantage of Google’s new interactive watch face API, though with over 40 choices, you’re bound to find something to suit your needs. If not, Google Play Store and talented developers have you covered if you need your tappable fix. Here’s just a few of the watch faces that Huawei has included. 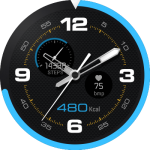 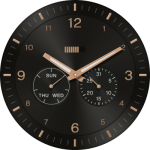 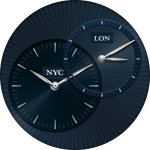 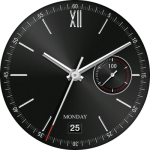 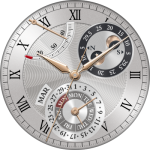 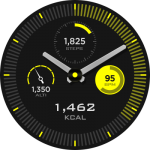 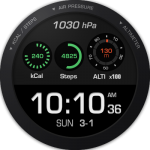 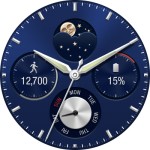 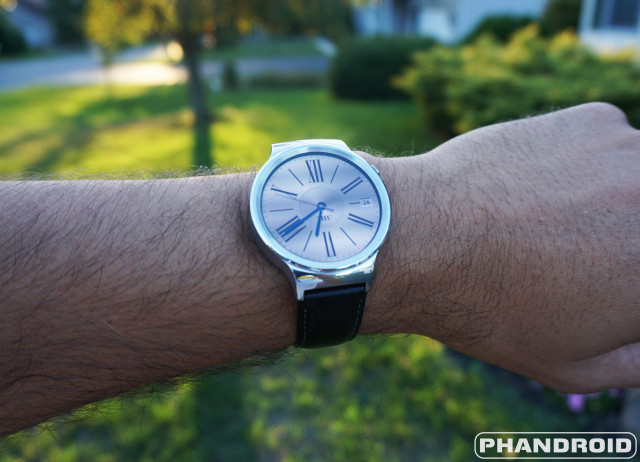 The stainless steel body of the Huawei Watch screams the utmost premium quality, adding a touch of class to your wrist, all the while fooling everyone into believing that you’re wearing a traditional watch. Little do they know that you’re wearing a computer on your wrist. This sought after feature has an obvious draw to a particular audience that wishes to practice a bit of form over function.

I did not miss Qi charging and I did not miss having a built in ambient light sensor. The Huawei Watch is most likely the best in class that Android Wear has to offer right now, even though there are a few aspects of the watch that might not be suitable for everyone. If you don’t mind the lack of an ambient light sensor and you don’t mind the need for a propriety charger, the elegance of the Huawei Watch makes this smartwatch a must have for anyone looking to purchase a premium smartwatch right now.