I had the chance to play with the Huawei Watch last week. You’re considering buying one. We’ll most definitely post a full review in days ahead, but for now, let’s talk candidly about my initial impressions of the Huawei Watch. 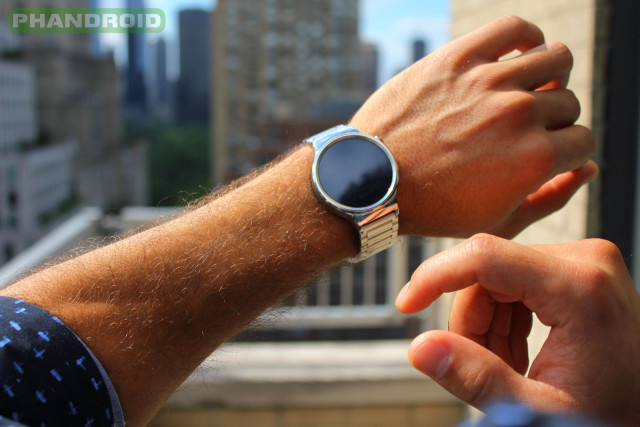 The watch itself looks pretty stunning in all 6 style options. Above is my clear favorite: the $399 Stainless Steel watch with Steel link band. To be perfectly honest, I’m partial to silver faces with silver link-style bands on smartwatches across the board, but Huawei has me thinking that alternatives are worth considering.

Here is the cheapest model – the $349 steel face with black leather band – and it looks darn good if I may say so myself. 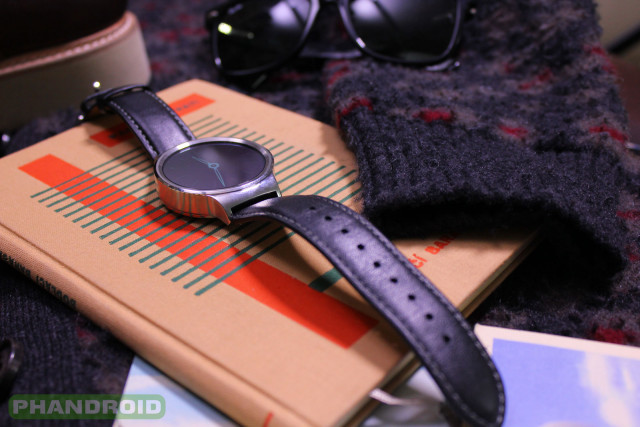 Or if you prefer a more modern but still sophisticated-slash-sporty there’s a black Stainless Steel alternative for $449. I happen to think it looks more graphite than black, which also makes me more of a fan. 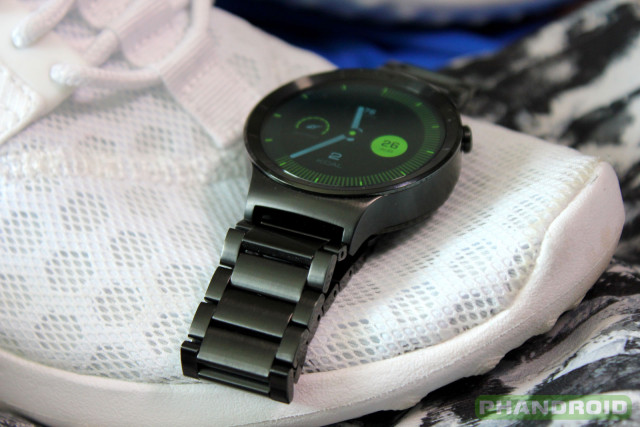 I’d definitely wear any of those three.

The version that I’ve been seeing showcased most often is the mesh band with steel face. Maybe that’s because it’s so unique to the smartwatch space at a time companies are craving differentiation. It doesn’t fit my personal style, but generally speaking, it looks great. The same goes for the more expensive Rose gold-plated versions. 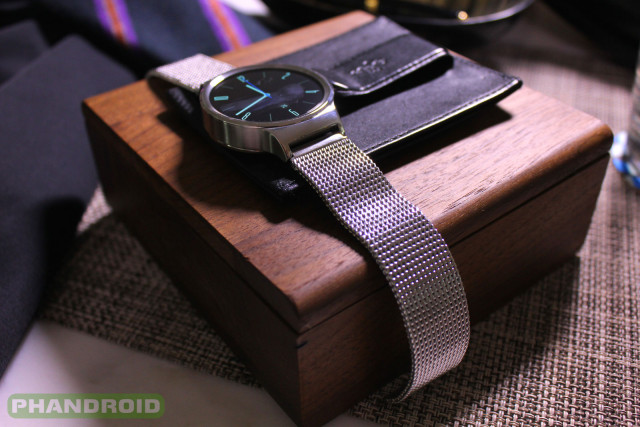 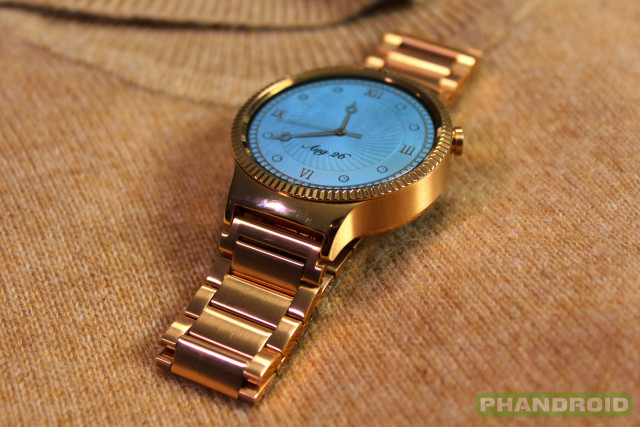 I didn’t have the chance to see the Alligator-pressed brown leather band – which will go for $699 when it starts selling later this year – and I’m wondering if that’d end up being my favorite of the six. At double the price of the base model, I’d have to doubly like it over the sub-$400 models to justify a purchase. I might (might) like it marginally better.

Speaking of the crown, Huawei has placed it at the 2 o’clock position to maximize reachability and make operation comfortable on either hand. It seemed comfortable enough for me. 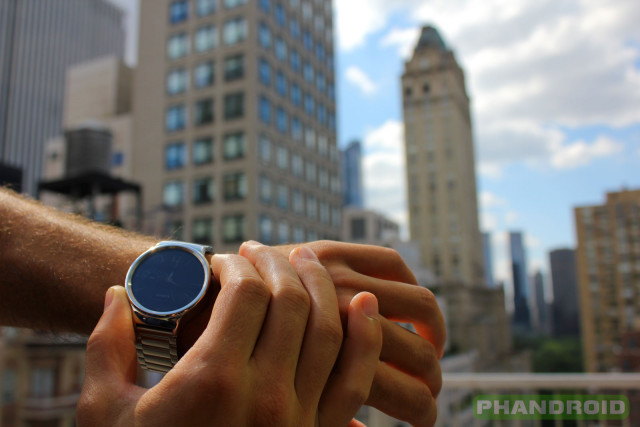 Pressing that button should illuminate the screen, but did you notice that the screen is already on? It’s not easy to tell in the photo and it wasn’t too easy to tell in real-life, either. Most smartwatches (like phones) suffer visibility issues when viewing under direct sunlight and the Huawei Watch was no exception. It wasn’t any worse than most competitors out there… it just wasn’t any better.

You can expect similar experiences with screen smudges. 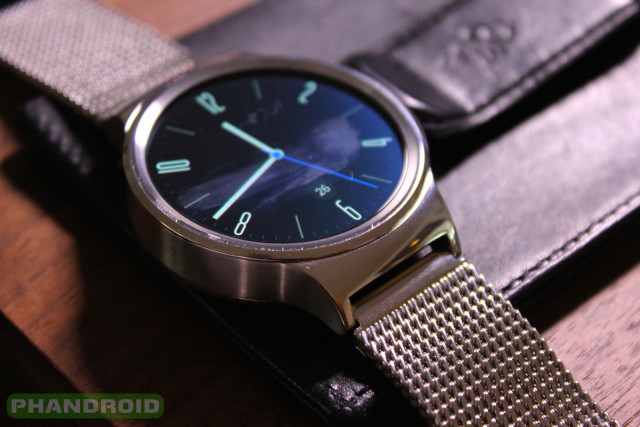 That’s par for the course considering how often you swipe the screen, but if you’re a potential first time smartwatch user who thinks screen smudges would set your OCD meter off the charts, it’s a factor worth considering.

It’s unfair to diss the Huawei Watch for issues the entire product category largely face, so I’ll lay off, but I will say that screen brightness in sunlight and smudgy screens are 2 factors I wish manufacturers would attack more directly. Yota Watch with eInk anybody?

From a design standpoint, Huawei absolutely nailed it. 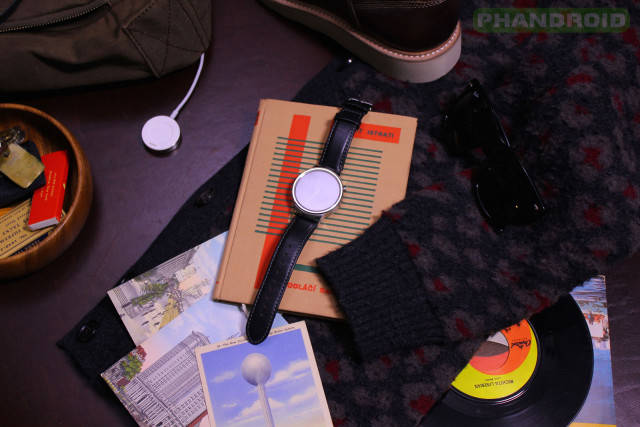 I already know one criticism detractors will levy in regards to the “thickness”. 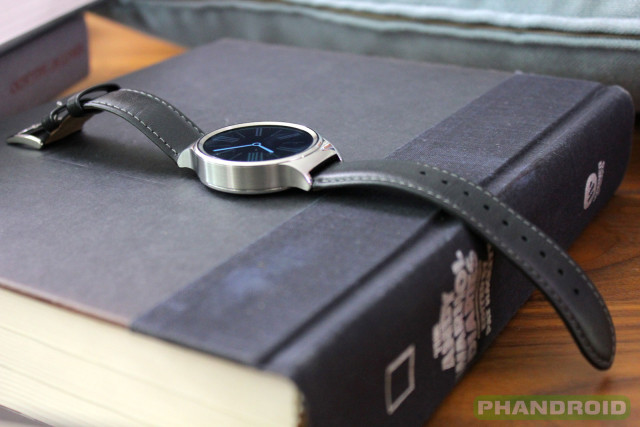 But take a look at the Huawei Watch being worn naturally: 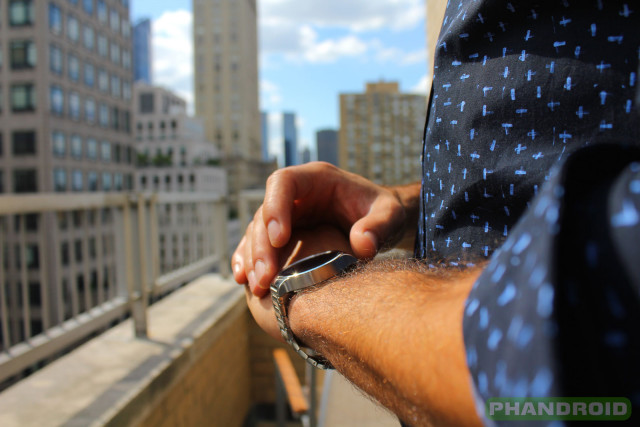 Compare that to popular non-smart watch brands across the world and you’ll see that the Huawei Watch fits right in line with premium timepieces of everyone from Fossil to Rolex. In fact, Fossil even has a size guide where they illustrate popular dimensions. 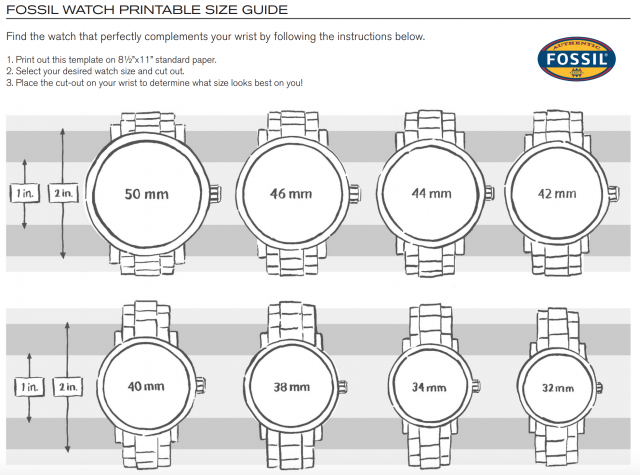 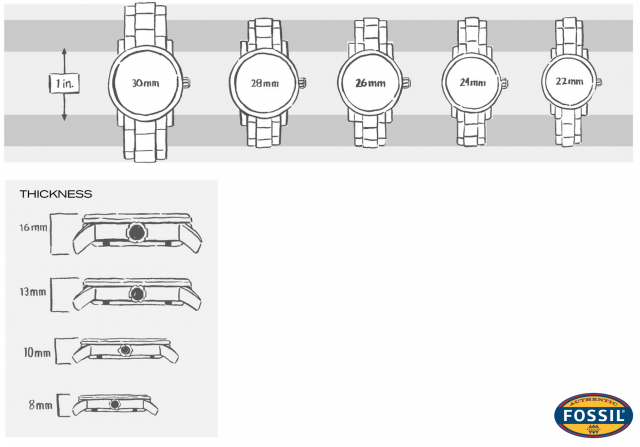 The Huawei Watch face is 42mm.

Easier to verify will be the Huawei Watch’s ability to charge from 0% to 80% in 45 minutes and to 100% in 75 minutes. Already verified is the delightfully easy method of magnetically snapping the Huawei Watch to its charging dock. 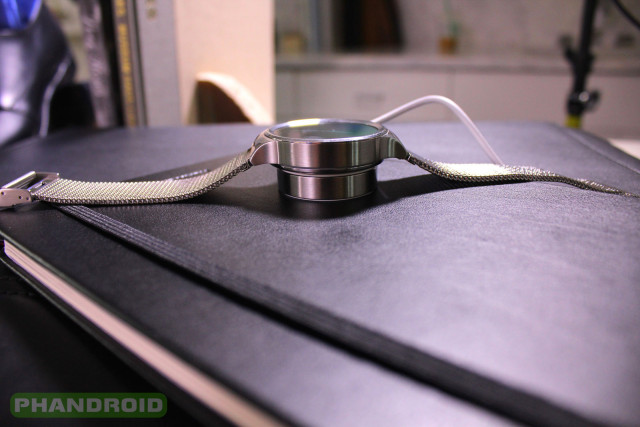 Up to this point I’ve mainly talked about the design elements of the Huawei Watch and for good reason: smartwatch makers are aiming to be seen as elegant timepieces first. It’s much of the reason that Huawei chose “Smart, Redefined” for their tagline to emphasize the old-world version of smart (read: sophisticated) meeting the new-world version of smart (read: technology).

Huawei has succeeded in terms of making a beautiful timepiece, but is the hardware powerful enough? How’s the software experience? Properly addressing each question will require a considerably longer duration of time with the watch, but it’s worth noting that for Android Wear smartwatches across the board, style and design is the primary differentiating factor. 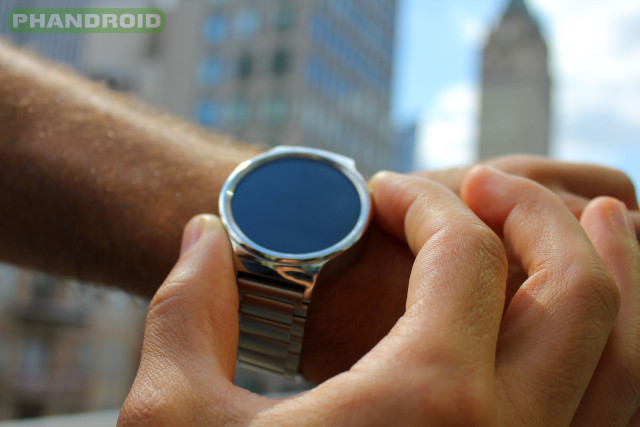 That doesn’t change the bottom line, though.

more_vertSamsung to drop the Z Fold 3 price by 20%

For as wonderful and innovative as the Galaxy Z Fold 2 was (and still is), there’s a rather large reason why the phone hasn’t really taken off for mainstream users. We’ve detailed what we think Samsung could do to change this, especially considering that other phone makers are expected to bring new foldable phones to …