How to shoot photos in RAW on the Samsung Galaxy S6 and S6 Edge with Android 5.1 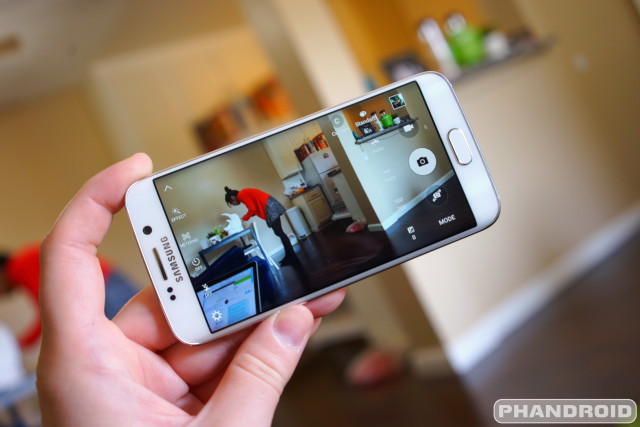 We’d heard the Samsung Galaxy S6 and S6 Edge would be getting Camera RAW support with their Android 5.1 update (which is currently going out on T-Mobile variants), but there was no option to use it in Samsung’s camera app. Thankfully the update did bring proper support, but you’ll have to go about accessing it a different way.

That different way is a simple download of an alternate camera application. Users have reported downloading Snap Camera HDR or Camera FV-5 and being able to enable Android’s new Camera API 2 through simple menu settings, which then allowed those apps to shoot photos in full RAW goodness.

What are the benefits of shooting in RAW?

You’ll get a full image that has been unprocessed. The effect it has on the image might seem bad at first — particularly in the areas of notable noise and artifacting  — but the result is a file that has 100% accurate color information, which in turn allows you to make a very wide range of tweaks to get your image just right.

You would usually mitigate those effects in your post-processing routine. OEM camera apps tend to do this by default with a built-in post-processing engine, but they tend to be very limited, drop a lot of non-recoverable color information and offer up one-size-fits-all results.

Who’s this useful for?

Shooting in RAW is mainly for anyone who likes to process and edit their images on their own in apps like Adobe Lightroom or Photoshop. It’s more for serious photography than anything else.

For instance, you’d want to use it on some vacation shots of the Grand Canyon, but it’s probably overkill for that one-off selfie you’re planning to put on Instagram. It’s up to each user to decide whether they want to shoot in RAW or go the default route, as well as to decide what’s appropriate for whichever situation they’re using it in.

For more on shooting and editing in RAW you can read up here. If you’re convinced it’s for you then be sure to download the aforementioned camera apps (here or here) for use on your Samsung Galaxy S6 or S6 Edge. Let’s hope Samsung offers the goods up in their own camera app in a future update.