LG has issued its response to the HTC One M9 and Samsung Galaxy S6 in the form of the LG G4, a phone that sees efforts focused on the features that most impact everyday use. While the phone ultimately feels a bit too familiar to last year’s LG G3, the G4 holds serve with its 2015 counterparts and offers compelling improvements in the areas of design, display, and camera.

With the G4, LG intended to eschew the rectangular shape we have come to expect from smartphones, carrying over elements of the curved design of the far more ambitious G Flex 2. It’s far more subtle here, however, and the G4 lacks the flexible OLED display. 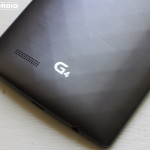 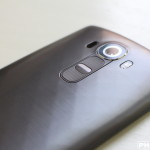 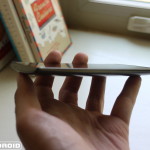 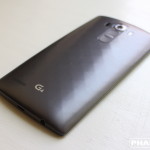 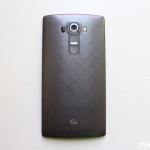 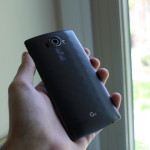 The shape of the device does not call attention to itself, but it won’t go unnoticed. The phone is ergonomic in hand despite its measurements —5.86 x 3.00 x 0.39 inches — and the curve adds a nice aesthetic quality. The G4 most definitely borders on the phablet designation, and even those with long thumbs will likely have a hard time reaching all corners of the screen. Depending on the app or situation, the G4 is often difficult to operate with one hand, a trade-off any phablet user should be well aware of.

LG does address this reachability issue to some extent with their unique home button/volume rocker arrangement found on the rear of the device. First introduced with the G2 and honed with the G3, the button placement does take some getting used to for the uninitiated. After your brain is trained it seems rather natural. You might even wonder why all smartphones haven’t be using this design for years. 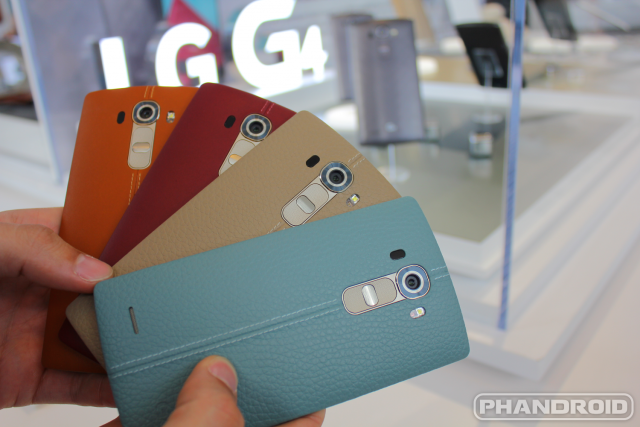 Adding to the phone’s visual appeal are a variety of finish options, including leather, ceramic, or a more traditional metal/plastic hybrid. The model we tested featured the latter, perhaps the most underwhelming of the bunch. Ceramic has the feel of a premium material and promises good durability, but leather with stitched accents seems to be the look LG wants the G4 to be know for. We’ve seen other manufacturers experiment with the idea, from simulated and faux leather to the real thing, but LG really pulls it off here in a selection of colors.

A removable backplate means users can swap from one to another to change the look of their G4 on the fly, and LG has plans to sell all options separately. That should be appealing to consumers with personalization on the mind, and means buyers won’t feel any regret over the version of the device they initially choose. 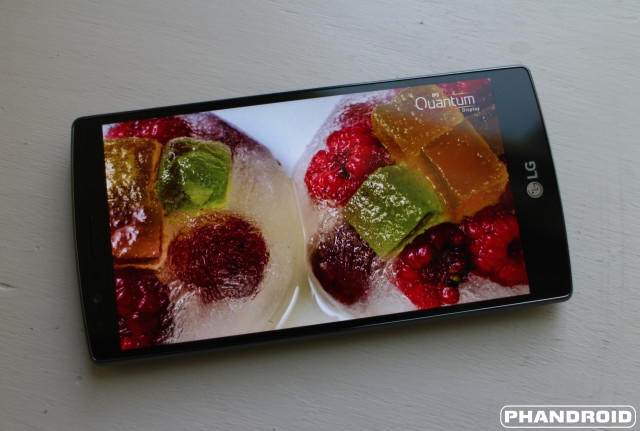 LG has opted to stand pat with a 5.5-inch QHD display, the same size and resolution as the display featured on last year’s G3. Our initial reaction in many ways was similar to the experience with that phone, but LG has made improvements that do make a meaningful impact.

LG touts improved IPS Quantum technology, and the G4’s 500 nit display indeed stands out as one of the brightest we have ever seen on a smartphone (said to be 25% brighter than previous QHD displays). There have also been enhancements in terms of color reproduction over the G3 with a 20% wider range of color and 50% increase in contrast ratio (1,500:1) from last year’s model.

What you can expect are colors that pop and hues that are more true to life in comparison to technology like the Super AMOLED displays Samsung has come to rely on. The tones generated by the G4’s display are more representative of what the eye sees in nature, but often images can seem a little washed out. Some depth seems to be lost in the brightness.

Our perception might be somewhat skewed after too much time with the almost cartoonishly vibrant displays of Samsung’s Galaxy line, but if your preference is for such exaggerated imagery you could potentially view the G4’s display as a let down. We don’t. It’s display that is easily viewable even outdoors on a bright and sunny day, and it offers sharp, clear images on par with other Android flagships.

The LG G4 features an interesting mix of hardware being the only 2015 flagship device so far to employ Qualcomm’s Snapdragon 808 processor, a hexa-core SoC comprised of a dual-core ARM A57 CPU paired with a quad-core ARM A53, which offers 64-bit support. Graphics processing is handled by an Adreno 418 GPU, and the processing suite is paired with 3GB of RAM.

In comparison, both the Samsung Galaxy S6 and HTC One M9 take advantage of quad-core processing with an Exynos 7420 and Snapdragon 810, respectively. Even the predecessor G Flex 2 from earlier this year sports the 810 chipset, leaving some to wonder if the G4 is a step back in terms of processing.

Benchmark scores reproduced here indeed suggest the phone underperforms when pitted against the competition, but a string of somewhat arbitrary numbers doesn’t tell the full story. LG and Qualcomm made it a point to discuss how closely they worked to optimize the Snapdragon 808 for use in the G4, the result being a device that should still perform well despite hardware with a little less sizzle.

Real-world performance was as it should be with no noticeable lag when navigating software and launching apps. Launching the camera and snapping off a few photos took mere seconds, cycling between apps was effortless, and the G4 deftly handled the demands of graphics-intensive gaming.

Though the G4 includes 32GB of onboard storage, fans of expandable memory will be glad to know the LG has not abandoned MicroSD support. Extra removable storage is especially useful for those wishing to take advantage of the 16MP camera’s RAW image capabilities.

LG has gone all out with the G4’s camera, utilizing hardware that really starts to blur the line between smartphone photography and something more akin to what we might see from a DSLR. It starts with an f/1.8 aperture and super-sized 1/2.6″ image sensor. These combine to offer a camera that excels in nearly any lighting condition, including those dreaded lowlight situations. LG didn’t stop there, though. They have also included a color spectrum sensor that works to bring out the most lifelike colors in the images it captures. For good measure the laser autofocus of the G3 returns, offering speedy refocusing for subjects in close range. 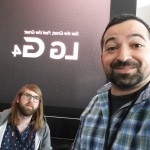 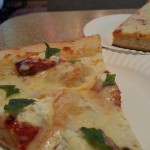 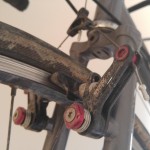 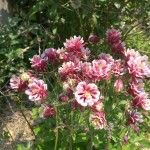 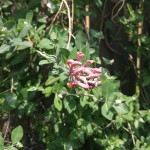 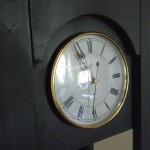 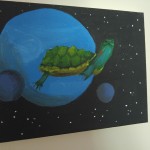 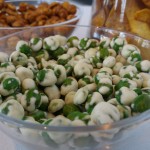 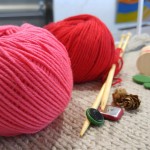 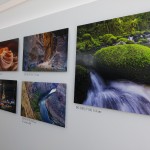 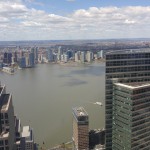 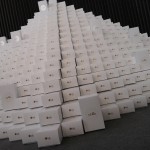 The results speak for themselves. The G4 offers up finely detailed shots with little fuss, and strikes a fairly even balance of color, light, and shadow. The camera’s ability in poorly-lit environs was indeed impressive, though you should expect these shots to still lack a certain quality found in more ideally illuminated pictures.

In general, the G4’s auto mode churns out impressive images on its own, but a retooled camera interface gives photographers the tools they need to adjust shooting parameters on the fly with its manual mode. Focus, exposure, ISO, white balance, and more can be dialed in to the perfect amount. Within manual mode, one tap enables the ability to save images in RAW format (an uncompressed file offering more data and detail) for later editing and processing. 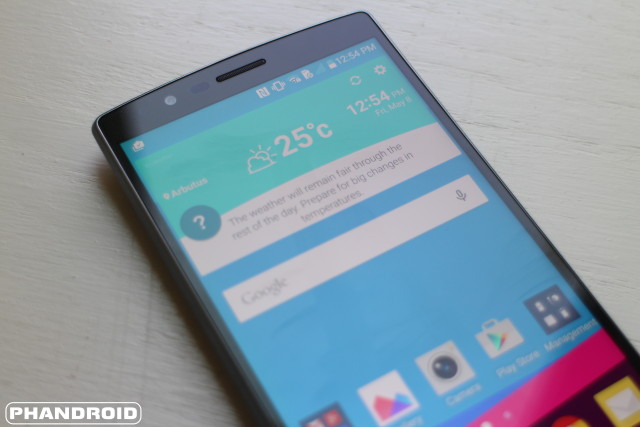 The camera isn’t the only software that gets an update with the G4. LG has further improved the look and feel of their user experience over the G3, giving us an interface that stays quite true to the Material Design roots of the Android 5.1 Lollipop OS that ships with the device. Colors are bright and fun while icons and interface elements take on a flat, paper-inspired look.

The most prominent addition is Smart Bulletin — a homescreen pane showcasing a series of widgets like LG Health, the music player, and calendar. It is accessed by swiping to the far right (the same place you might find Samsung’s Briefing pane or HTC’s BlinkFeed). The idea is nice, and there is some use in quickly accessing certain widgets, but in this iteration Smart Bulletin feels a little half-baked. 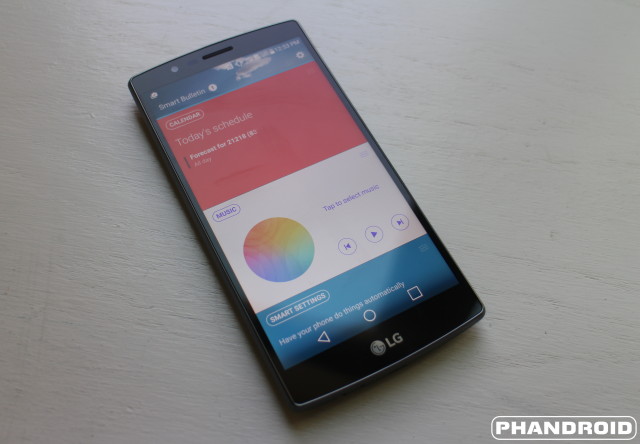 LG has also introduced a new feature within the calendar dubbed Event Pocket. When opened, Event Pocket will present a variety of items culled from your Facebook events or nearby points of interest, allowing you to drag and drop them directly to your calendar. For those managing an endlessly busy schedule, Event Pocket could become a useful tool.

Beyond these additions, the G4 also includes an improved Smart Notice widget that incorporates data like weather, location, and stored events to offer predictive suggestions, tips, and more, much like what we expect from Google Now. As we said with our G3 review, Google Now remains a superior alternative.

Speaking of Google Now, the great thing about the G4 is that its interface is relatively unobtrusive and allows much of what we love about Lollipop to shine through. LG’s user interface changes strike a good balance with stock Android. 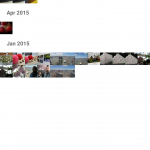 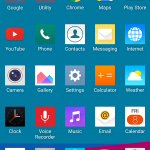 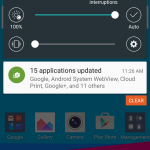 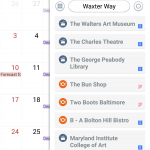 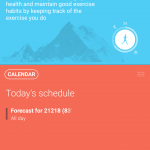 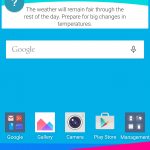 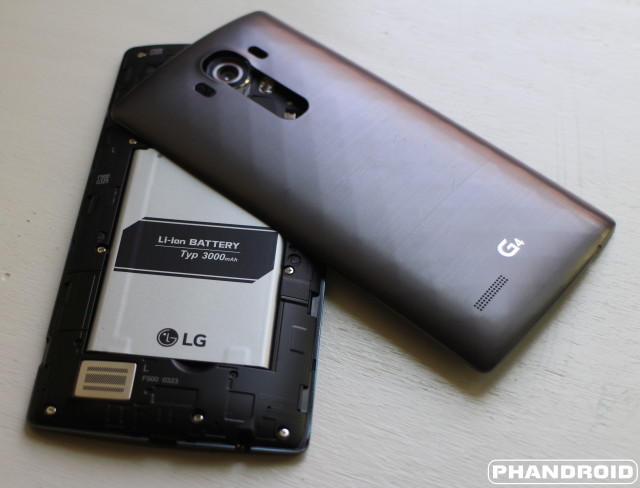 While the battery capacity hasn’t increased since the G3, battery life is improved thanks to optimization spanning software and the phones Snapdragon 808 processor. How much things have improved is a matter of debate.

It’s safe to say you will get a solid day of use from the G4 dependent on usage habits. 12-14 hours of uptime seems to be a reasonable expectation with an average gauntlet of messaging, web surfing, light gaming, and some video consumption. With even more spare usage you might push into a second day before needing to recharge, but this would be a rare case for most users. Standard Android battery saver modes can be set to kick on when power runs low in order to shut down unnecessary services that speed battery drain.

A removable battery is convenient for power hogs who need the security of a backup, but the G4 lacks built-in wireless charging, a feature found in the Galaxy S6 and starting to see a surge in popularity. Is it a deal breaker? No, but it’s the little things that count. 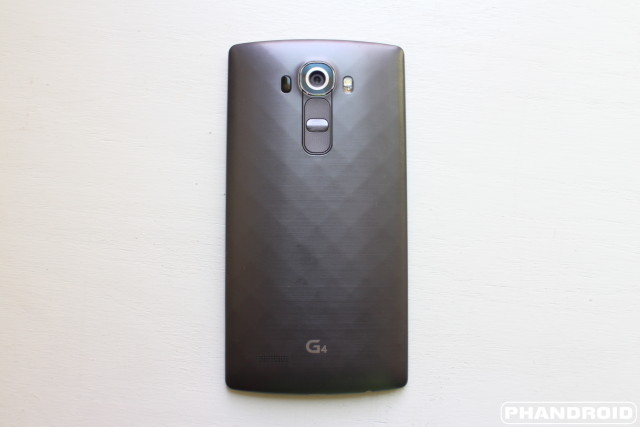 Taken individually, features like the camera, display, and design of the G4 are quite impressive, if not tops among it smartphone peers. As a package, however, there still seems to be something missing from the overall presentation. Something feels a bit underwhelming, though it’s difficult to place a finger on.

Perhaps the G4 does not feel like a big enough leap from last year’s G3. Maybe it’s a fingerprint sensor away from feeling complete. While there is this sense that LG could have pushed harder, it is also difficult to find much to complain about with what the G4 ultimately presents: a phone worthy of consideration as one of the best to launch in 2015 so far, though perhaps not THE best.

Overall an incredibly solid performing from LG that meshes great hardware, beautiful display, and powerful camera to make it a must-consider device for new phone shoppers.