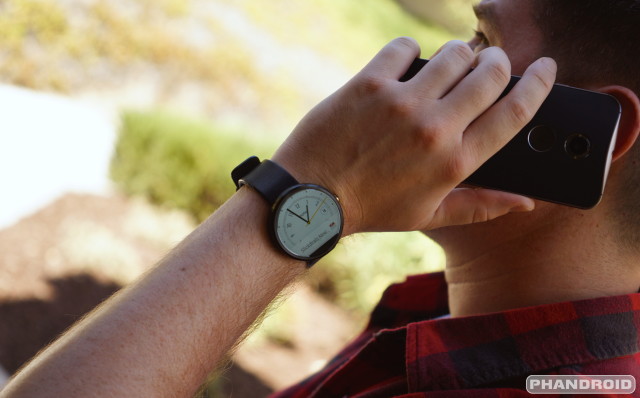 Despite a plethora of beautiful designs, varying hardware, and affordable price points, Android Wear smartwatches haven’t exactly been flying off the shelves. Last month we told you that only 720,000 had shipped in all of 2014, a number that doesn’t even account for actual sales. Meanwhile, the platform-agnostic Pebble smartwatch along celebrated its millionth unit sold, topping over $18 million in pre-orders on their Kickstarter page for the sequel, Pebble Time.

While tough to say for certain the reason behind Pebble’s success, the fact that the Pebble is fully compatible with both Android and iOS certainly didn’t hurt. This is the one area that, we feel, has been holding Android Wear smartwatches back. iOS simply holds too big a piece of the mobile market to ignore and it’s a reason Google has made it a major focus on bringing their own apps and services to the platform. Hell, even Google Glass was compatible with iOS.

Taking a page out of Pebble’s handbook, it appears Google could finally be wising up with newly discovered code found inside the Android Wear OS that seemingly hints at iOS compatibility sometime in the future. Android developer MohammadAG tweeted the findings on Twitter, confirming rumors that Google was, in fact, already working on it.

Of course, there’s no telling how long an endeavor like this could take, or how far along Google has gotten. It’s possible Google could be planning on an announcement for Google I/O, marking almost a full year since for Android Wear was first announced. We just can’t help but wonder why this wasn’t Google’s intention from the start, but it’s possible new APIs in iOS have only recently made this possible. Platform affiliations aside, iOS compatibility is a smart move if Google hopes to get Android Wear off the ground and in the ring with the overpriced Apple Watch.