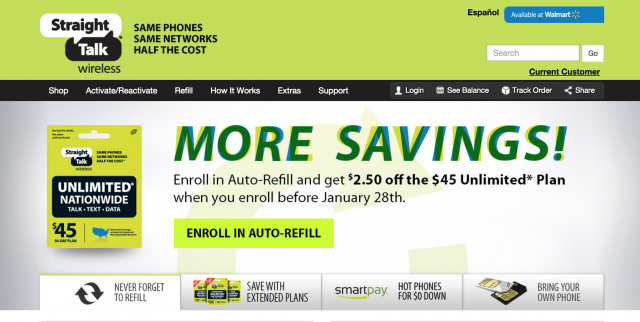 Take past any carrier store and you’ll see posters or banners advertising xGB of “unlimited data.” For those up to speed on tech, you know this means you get X amount of high-speed data, only to have your internet speeds slowed down (throttled) after that.

It’s not a bad idea, and much better than data caps of yesteryear where you’d be charged extra for any data you consumed above your cap. But, when it comes to a carrier advertising “unlimited data,” the FTC is now stepping in, saying unlimited data doesn’t include throttling… unless fully disclosed, of course.

The Federal Trade Commission ordered mobile virtual network operator TracFone to pay up $40 million for falsely advertising unlimited data, only to throttle customers once they reached a certain amount and in some cases, cut off data services completely. FTC Bureau of Consumer Protection director Jessica Rich said in a statement to Re/code:

“This case is about false advertising. It’s not about throttling. We’re not challenging throttling in and of itself. The issue here is simple: When you promise consumers ‘unlimited,’ that means unlimited.”

Let’s be clear. The FTC’s issue with TracFone wasn’t that they were throttling their customers, it’s that they failed to advertise their data cap in the same way carriers like T-Mobile do. Even worse was throttling wasn’t a tool to manage network traffic which would be fine, but a way to cut the costs TracFone was incurring for operating on other carriers’ networks.

For years, customers under TracFone and Walmart’s Straight Talk brand had no clue when their “unlimited data” would be throttled, leading to a lot of guess work and countless forum posts. Couple this with the way Straight Talk would completely cut off you service without warning if you used too much data. Yeah. Not exactly unlimited, was it? Eventually, they finally came clean.

While the “Big Four” carriers in the US are safe for now, they are seemingly put on notice. It was only back in October that the FTC announced that they were suing AT&T for throttling grandfathered customers still on their unlimited plan.