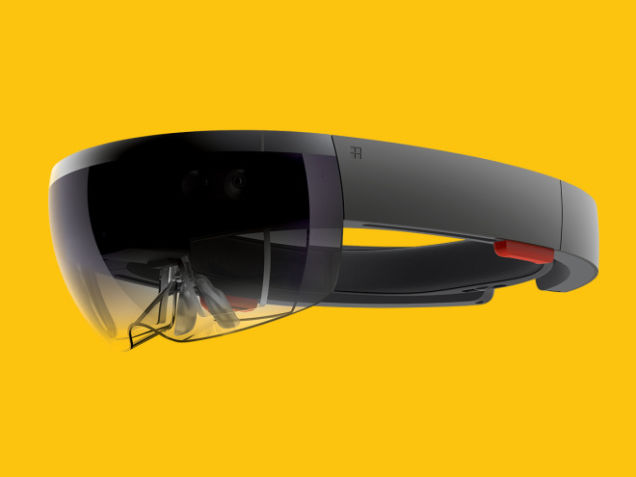 Microsoft just wrapped up their big Windows 10 event, and the last announcement coming out of the sea of Windows 10 news was HoloLens. Has a cool name, but what is it? It’s Microsoft’s vision for a virtual, augmented reality.

Whereas folks like Samsung, Oculus Rift and Razer want to insert you into a virtual world detached from the one in which you physically exist, Microsoft’s instead looking to utilize the beautiful world you already have around you. HoloLens is a wearable that goes over your eyes, but it features a transparent holographic display that can project “holograms,” if you will, onto the surfaces and areas around you.

The core concept of augmenting the world in front of you with digital props, information and tools is nothing new — augmented reality has been a thing for years — but merging that with a wearable form factor and the best of what virtual reality has thus far offered is what gets us really excited. 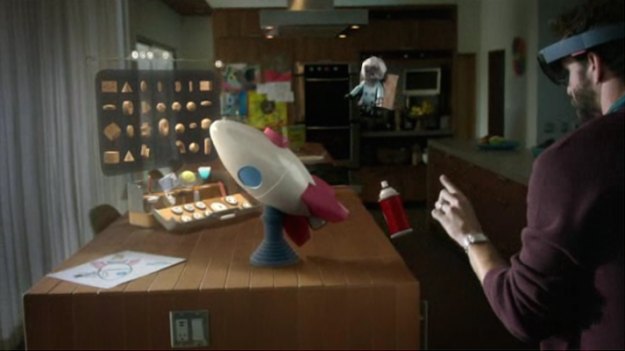 HoloLens will house all of its computing components on the headset itself, so as long as you have a charged battery you can use this thing independent of any cable connections or the use of a secondary device (like having to insert the Samsung Galaxy Note 4 into the Samsung Gear VR).

Microsoft’s cool examples included the transformation of an ordinary wall into a huge Netflix-playing television, or using your empty desk space to spray paint a virtual rocket ship model. There’s only one unfortunate caveat: these were just examples and concepts, and not necessarily proof of what Microsoft has been able to achieve in the project’s early going. 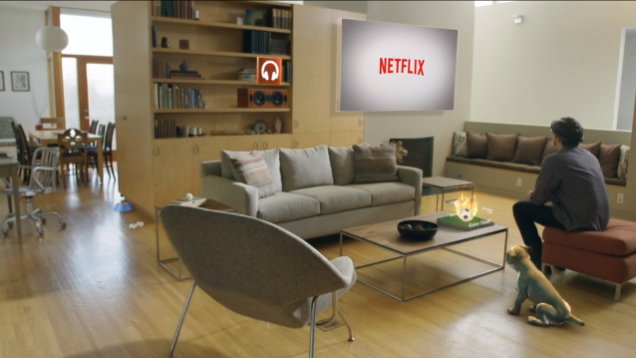 But that’s what today’s revelation was all about — they have shown us their vision of the future, and they’ve shown that they’re willing to do everything to get there. They want this thing to become your next PC (though considering even tablets haven’t been able to fully replace traditional computers yet we doubt that’ll happen for a very long time).

And it’s not like they aren’t equipped to go the distance. Microsoft has done a lot of research in 3D mapping and virtual interaction, namely thanks to their Kinect camera peripheral that started on the Xbox 360 and evolved with the Xbox One. They’re experienced, folks, and they’re looking to use everything they’ve learned to this point to deliver something truly exciting.

Microsoft says they’ll have an actual model ready for consumption right around the time they’re ready to ship Windows 10, which we understand could be any time before the summer months of 2015 cool off.

It’ll likely stumble in the early going and prove to be less exciting than Microsoft’s initial ambitions, but with time this could become the first wearable that really helps move virtual reality a step forward. Let’s hope everyone else is taking just as much notice as we have. 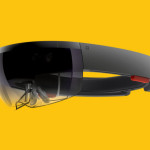 ASUS confirms plans to build headset based on 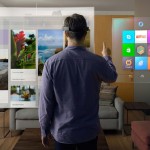