There are bound to be a plethora of options for adding Android TV to your current home entertainment setup through the advent of set-top boxes. If you haven’t already decided to get in bed with the Nexus Player, Razer’s Forge TV is something you’ll want to consider. 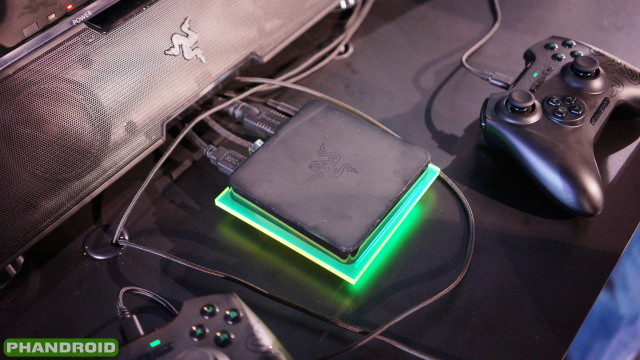 Razer, a manufacturer of fine gaming products, has created a “micro-console” that’ll glow with an intriguing green as it sits below your TV. For as small as it is, this thing is packing a lot of power with a Snapdragon 805 chipset and 2GB of RAM. That configuration of silicon translates to a very smooth user interface experience with which you’ll navigate all your apps and games, as well as ample power to run the apps and games themselves.

Other specs include WiFi AC, Bluetooth 4.1, an ethernet port and 16GB of internal storage. The HDMI port on the back supports up to 1080p sets, and a USB port exists for some purpose (hopefully the ability to expand storage using a flash drive). 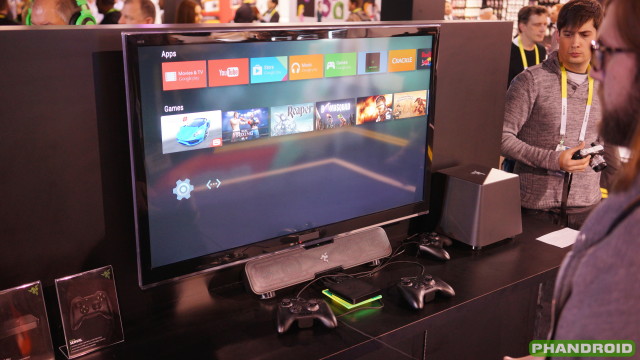 The gamepad, being named Serval, isn’t the most revolutionary thing we’ve ever seen, but for an extra $50 on top of the Razer Forge’s $99 price tag you’ll be able to play games in a natural, comfortable way. The ability to attach up to 4 controllers at a time will make it quite the nice inexpensive gaming console for a family that doesn’t want to spend money on an Xbox One or PS4. 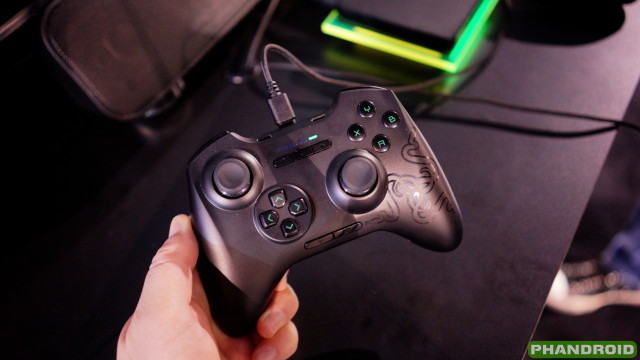 Also playable with that gamepad? PC games that can be streamed from your PC to the Razer Forge. We’re told it can stream any PC game built on DirectX 9 or higher (pretty much any modern-day PC game), though we’ll have to see if it’s as smooth as, say, NVIDIA’s Grid or Steam’s PC game streaming. Nevertheless, this little box looks very cool, does a lot and costs very little, and we can’t wait for its arrival.