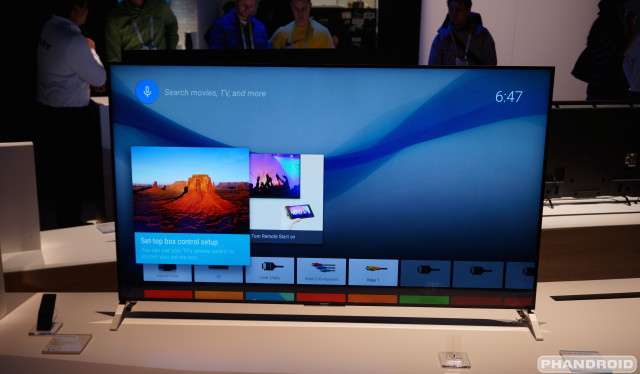 While Samsung and LG were adamant on skipping Android TV, Sony proudly exclaimed they’d be cuddling up with Google and Android to bring Android TV to their Bravia lineup. We got a look at those sweet TVs and boy, are they something special.

That they’re running Android TV isn’t even the most exciting part of this release: look how thin these things are! Sony said the televisions are thinner than any of the smartphones they’ve made to date. Couple that with a near-zero bezel and you might think this thing were built into a wall should you decide to mount it.

Speaking of mounting, Sony also developed a new mounting system that allows a TV to more closely hug the wall instead of today’s system that typically requires a lot of room between the TV and wall. It’d be almost as if you were hanging a portrait up, which is the look and feel many of us hope for when setting up our home theater systems.

Sony didn’t get into grave detail about their Android TV installation, but everything seems pretty standard. We’d be surprised if it’s any different than buying a Nexus Player and hooking it up to your TV via HDMI (not counting Sony’s custom crop of apps, of course). It’ll have full support for Google Play, and its games will be compatible with the Sony DualShock 4 controller that can be used to stream console-quality games over PlayStation Now, Sony’s digital game service not unlike OnLive or NVIDIA’s Grid.

The TVs are 4K resolution, and while the price tag for something of that nature is still quite expensive right now, Sony confirmed that their 4K lineup will be around the same price range as last year’s flagship Bravia releases. The head of Sony’s home theater department touched on that fact in a post-show interview, and he noted folks with moderate budgets absolutely won’t be priced out of buying one of these. So yea, get excited. The video’s up above. 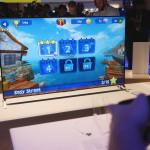 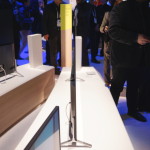 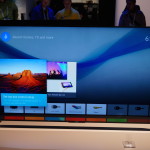 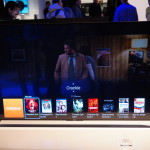