You can now rent or buy The Interview, the movie that drove North Korea mad, on Google Play 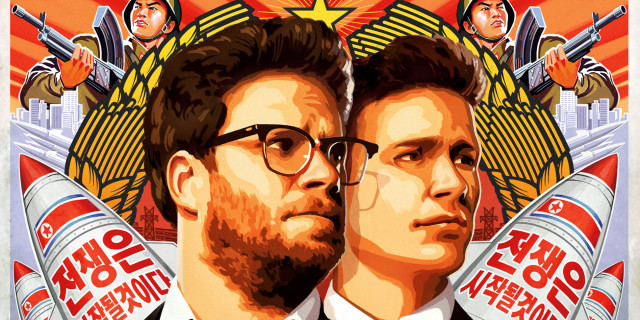 There were reports Google was gearing up to offer The Interview on Google Play and YouTube for your enjoyment, but those reports have turned into reality. The film, which stars of James Franco and Seth Rogan, tells of two journalists who were able to land an interview with North Korean leader Kim Jong-un after finding out he was a fan of their show.

All things were set in stone for a productive visit to Pyongyang, until the CIA decided they wanted to take this opportunity to get someone close to Kim Jong-un in order to take him out. Doesn’t sound like the strongest of plots, though James Franco and Seth Rogan should make any movie fairly watchable.

But the story here is that this is the movie that has been the source of much controversy over the past couple of months. North Korean leaders publicly detested the movie, but — if FBI reports are to be believed — they didn’t display their distaste for the film in words alone: they went as far as hacking Sony’s databases and leaking a wealth of private company information for the world to see. North Korea vehemently denied they were the culprits behind the attack, of course, but US officials stay adamant in their accusation.

More than just bits of data being leaked from Sony’s servers, though, some have feared that the movie could lead to increased tensions between North Korea and their Japanese and American enemies. In fact, the ordeal has caused so much tension that there have been murmurings in the political press that this could eventually build up to a small-scale war, whether that be one that sheds blood or of the digital variety.

Sony felt so pressured from the situation (which saw several major theater chains pulling showings of The Interview from their plans) that they planned to simply cancel the movie never for anyone outside of their company to see, but they seem to have had a change of heart. They have allowed interested movie theaters to do limited screenings and digital movie distributors (such as Google and Microsoft) to offer it up on their own storefronts.

For its part, North Korea says while they deny responsibility for the Sony hack, the United States’ accusations and actions are sure to inspire them to do much worse — perhaps even an attempt on the information circuit of the Pentagon, the White House and the CIA.

That moment where you realized a stupid movie could potentially spark the next major war? Yea, we shook our heads, too. In any case, you can go ahead and rent the film on Google play for $5.99 or buy it for $14.99 if you’re curious to see what all the hubbub is about.