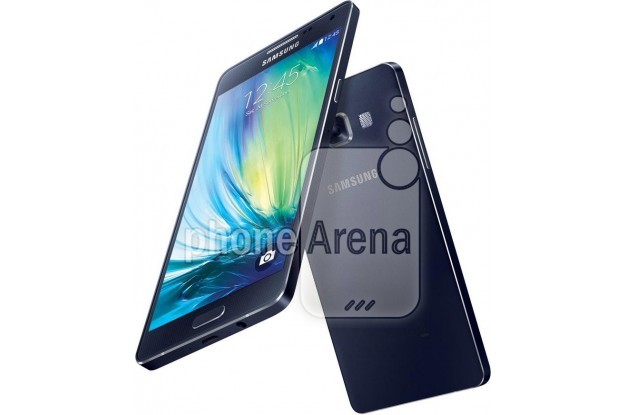 We’ve seen Samsung’s plans to finally include aluminum in their handsets with the Samsung Galaxy Note 4 and Galaxy Alpha being just the tip of the iceberg. Word on the street is Samsung could be planning for a new series of “Galaxy A” handsets — the Galaxy A3, A5, A7 — with the Galaxy A5 pictured in the flesh only few weeks ago.

Today, we’re getting yet another possible glimpse at these upcoming smartphones and their (unique to Samsung) unibody-like design, this time in leaked press renders, as well as video and shots of the device in the wild. According to sources, these phones will feature a nearly all-metal construction, different from the Galaxy Alpha or Note 4 which only have an aluminum frame, but feature Samsung’s now trademark soft-touch plastic back covers.

Pricing varies according to model, but it’s being said the mid-range A5 could retail for around $400 off contract and feature a 5-inch 720p display, Snapdragon 410 processor, 2GB RAM, 13MP shooter, 2,300mAh battery, 16GB internal storage with micro SD expandable storage. Because aluminum is a little harder to come by, expect limited availability depending on region — there’s no indication we’ll see a launch stateside although we wouldn’t giving these new devices a shot.

With Samsung reportedly expecting a massive drop in earnings this quarter (a 60% drop during the same time a year ago), it’s clear they’re going to have to do something different. The big question is whether or not a new premium line of mid-range handsets will be enough to address criticism that their devices have, traditionally, felt anything but premium.