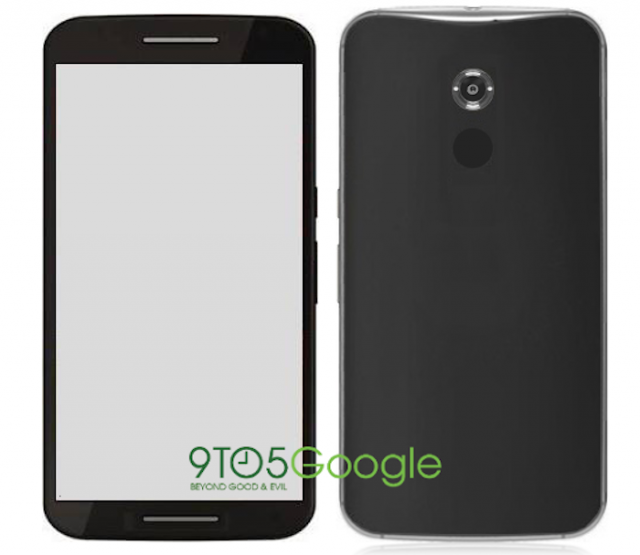 This is not a leaked press render, merely a mockup

Rumors of a 6-inch Motorola-made Nexus 6 are nothing new, but today they’re being corroborated by the folks at 9to5Google who have obtained, what they claim are leaked specs of the upcoming Google phablet, codenamed “Shamu.”

Having gotten a glimpse at a 6-inch Motorola phablet for ourselves (we weren’t able to confirm if it was indeed a Nexus or simply an upcoming Motorola branded phablet), we too can attest the above mockup is accurate. The prototype device we saw — which had a silver frame and silver back cover — actually had what appeared to be a black sticker covering the usual location of Motorola’s “M’ dimple logo, although it was more square-ish in shape and likely not the final design.

As we saw in earlier reports, the phone is said to carry an incredibly large 5.92-inch display and going by appearances, looks much like a stretched out Moto X with a similar front facing speaker design. But aside from the same 13MP/2MP cameras, apparently that’s where similarities end.

Inside, sources are saying the phone will equip a 2560×1440 resolution display, Snapdragon 805 processor, 3GB of RAM, and ample 3,200mAh battery. When coupled with Android L, that makes for one lust worthy new smartphone. Of course, we’ll keep our eyes peeled for more leaks and with rumors pointing to a release a little more than a month away, expect more information to come out of the woodwork.

Now that a 6-inch Motorola Nexus is looking more likely, we’ll continue crossing our fingers this wont replace the Nexus 5, but merely be offered along side a refreshed model. Even without, an unlocked Moto X (2014) Pure Edition could be close enough to a refreshed Nexus for us in everything but pricing.