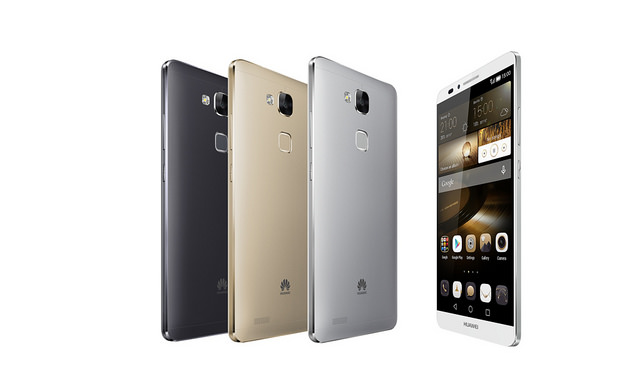 Huawei dropped a pretty big phone today, and we’re speaking both literally and figuratively. The Huawei Ascend Mate 7 is a 6-inch phablet with quite a bit going for itself. The highlight is that big display, of course, though we don’t get any Quad HD goodness here — resolution is limited to 1920 x 1080.

Under the hood is Huawei’s own-built Kirin 925 processor, an octo-core configuration with 4 Cortex-A15 cores at 1.8GHz and 4 Cortex-A7 cores at 1.3GHz. The processor will be able to switch between the two sets of cores depending on what you’re doing to help increase battery life.

Also featured on the Mate 7 is a rear-facing fingerprint scanner that can not only be used to protect access to your phone, but can also be used to encrypt certain files and folders so people won’t be entrusted with access to your sensitive data even if you let them into the phone. Huawei says the scanner has a nice Pixel density of 508ppi for accurate reading. For comparison’s sake, the iPhone 5S has a density of 500ppi — not too shabby, Huawei. 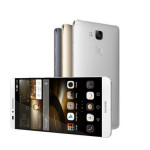 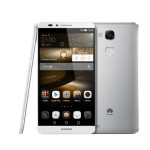 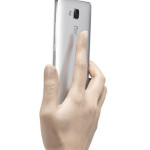 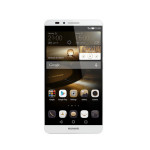 For camera needs, you have a 13 megapixel Sony sensor at your disposal on the back, and also a 5 megapixel front sensor for selfies and video calls. Battery capacity sits around 4,100mAh, which should be more than enough to get you through a full day of heavy usage (especially if you’re utilizing Huawei’s power saving modes).

The Ascend Mate 7 comes in two distinct flavors — one offers 2GB of RAM and 16GB of storage at 499 euros, while a 3GB of RAM and 32GB of storage option runs you 100 euros more. Huawei named China, Hong Kong, UK, Germany, Italy, France and Spain as part of 30 different markets set to receive the device, but only listed “Q3” as a launch window to look forward to. Let us know if you’ll be seeking one of these out when they’re finally available.