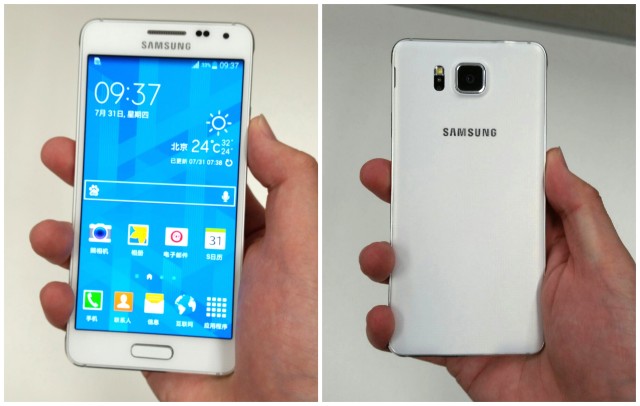 We’ve already gotten more than a couple really good looks at the rumored Samsung Galaxy Alpha (SM-G850F). In fact, so much about the device has already leaked out, we’re wondering how much more could be left and spoiled by leakers before it officially goes public. A few weeks ago, we saw the black version of the device compared against the Samsung Galaxy S5. While the phone showed some of this “aluminum” everyone is so stuck on these days, the chrome finished made it look identical to the plastic chrome frame found on the GS5. 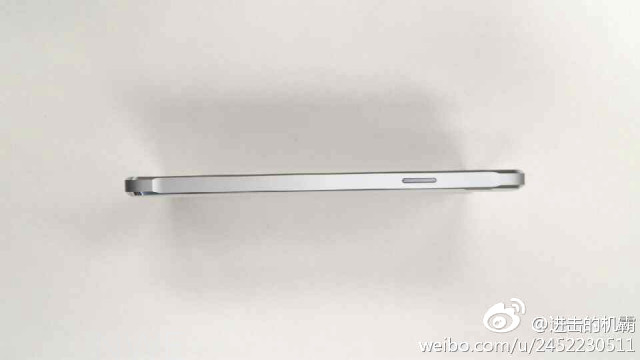 Today, we’re getting yet another good look at the Galaxy Alpha, this time as it appears in a white variant. We know. That probably doesn’t sound too exciting and while the device does look largely similar to the black version we saw a few weeks ago, the white version is showing a more chiseled aluminum frame, complete with chamfered edges as found on the HTC One M8 or iPhone 5s. None of that smooth, shiny chrome stuff as found on the Galaxy S5 (and a big gripe I had about the phone’s design).

Of course, whether or not these chamfered edges have also been cut by diamonds remains to be seen, but it’s definitely the more modern design we’ve always wanted from Samsung’s mobile department. 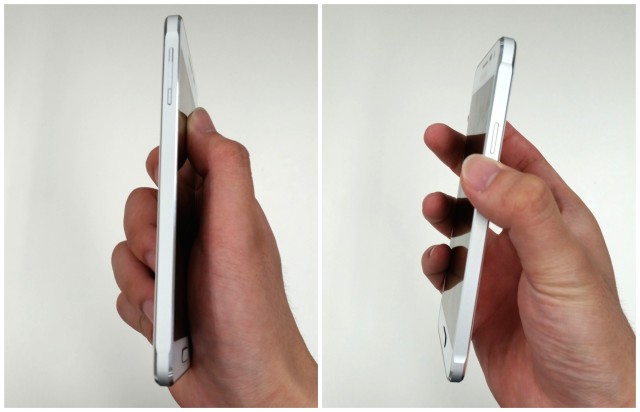 Unfortunately, aluminum enthusiasts craving more premium metal from their Androids, the buck stops there. On the back, a similar soft touch finish can be seen, only with a smaller perforated faux leather pattern. This should put an end to comparisons of the Galaxy S5’s back cover looking more like a band-aid than high-end leather.

All we can say is if this is hint of what we can expect of this year’s Samsung Galaxy Note 4 — expected to be unveiled at an Unpacked event during this year’s IFA 2014 in Berlin — sign us up. But seriously, why couldn’t the Galaxy S5 look this good?