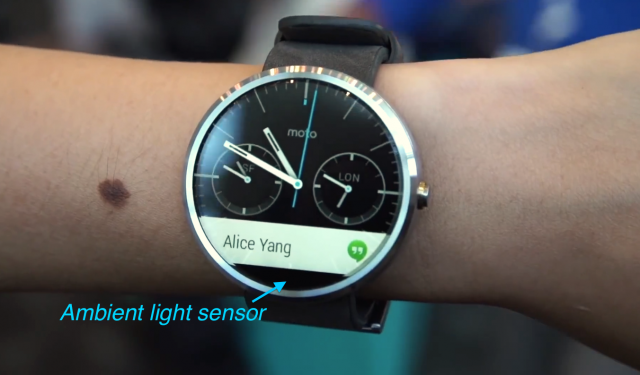 Android Wear offerings from LG and Samsung are now readily available for anyone looking to add a little more convenience to their life. When it comes to choosing, you’ll find these tiny devices don’t really feature much variation in terms of hardware (their size and requirements from the OS aren’t as demanding as smartphones). Sure, the Samsung Gear Live has slightly higher resolution, but I think just about all us early adopters were surprised to find that both LG G Watch and Samsung Gear Live didn’t come equipped with an ambient light sensor.

A strange oversight, whenever a user sets their desire brightness, they’ll need to jump through a few hoops in order to change the brightness of the display to match their environment. While, it’s true apps like Wear Mini Launcher offer a quick brightness slider to help alleviate this issue, it doesn’t totally fix it. And that sucks.

For Motorola’s upcoming smartwatch — the Motorola Moto 360 — there’s still a bit of mystery surrounding wearable in terms of what Motorola is planning to do different (other than its circular design). If there was any question Motorola was aiming at a more premium smartwatch experience with its brushed aluminum frame and nearly bezeless watch face, we now have another idea of some hardware will be using in their device that simply put, the others forgot about: an ambient light sensor.

A hands-off video from TechCrunch is making the rounds around the net this afternoon. In the video (at the 1:39 mark), Motorola spokesperson Cathay Bi shows off the smartwatch just like she did in Motorola’s official hands-on video, only this time she revealed a small detail many looked over at the time. At about the 1:50 mark, Bi mentions the watch’s small bezel along the bottom — which she calls the “display driver” — houses an ambient light sensor, already putting the 360 ahead of the current rivals in terms of raw hardware.

So there you have it. If you weren’t already lusting over the Moto 360, the fact that the watch will offering even a little more convenience than the other guys should once again pique your interests. We’ll have to wait and see what else Motorola has up their sleeves for the watch when it’s made available for sale in the coming weeks. 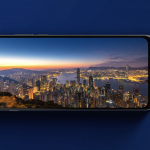 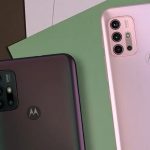