There’s been a ton of news pouring out of this year’s Google I/O thanks to Google and their Android L preview. The biggest Android release yet, we’re seeing Google’s latest resolve to bring the Android platform to every screen possible, and in a more polished way than ever. One of those screens is a very important one, and it just so happens to be in your car. Announced at Google I/O 2014, say hello to Android Auto. 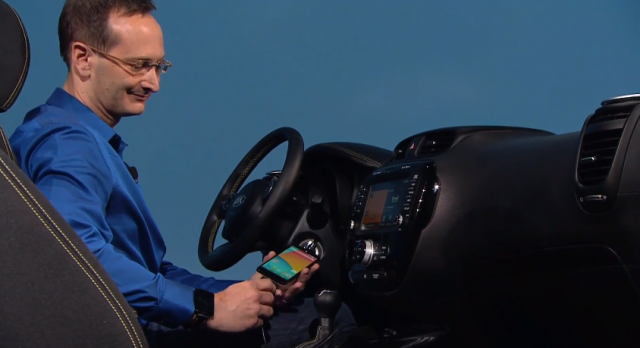 Essentially, this is user-friendly a car-mode that will be available in Android L. Plugging your phone into a compatible car’s in-dash unit will then mirror the display from your phone, onto your car’s infotainment display. It’s pretty seamless. What’s more is you can interact with the Android Auto UI via your car’s built-in display, opening apps, listening to music, or navigating Maps straight from your car. 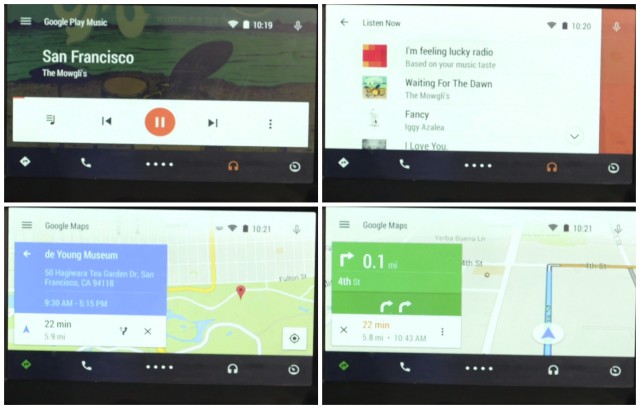 On stage, Google showed off the Google Play Music and Google Maps experience orientated in landscape mode, complete with big buttons and a few basic phone functions in the dock. Of course, Google Search voice actions were present, bringing a true hands-free experience to the car. Again, it’s the same Android experience with all the apps you’ve come to love, but featuring a new interface built for and designed for (safe) driving. 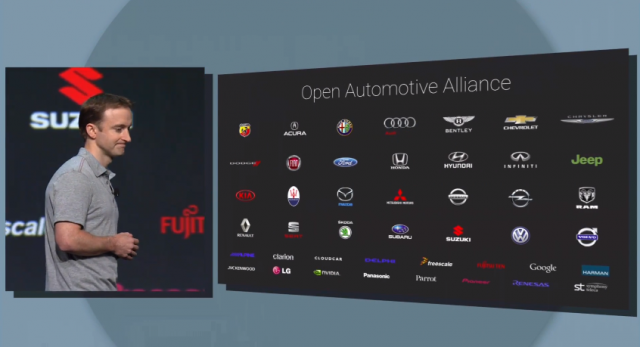 According to Google, 40 new partners have joined the Open Automotive Alliance, with 25 car brands already signing up to ship Android Auto in the “near” future. You can expect the first cars with Android Auto to roll off the lot before the end of this year. Check out Google’s new Android Auto trailer below.