Instagram for Android is still killing the quality of your uploads, but not the iOS version

Yesterday, we watched as yet another update for the Facebook-owned Instagram app rolled out onto the Google Play Store. We already gave you guys the full spiel in yesterday’s post, with Instagram 6.0 introducing a new bag of tricks to help make your photos look even more awesome. There’s just one big problem: if you’re using the Android version of the app, your photos will look just as crappy as ever.

This is because of a well documented and ongoing issue we’ve seen practically since Instagram first debuted on Android. Instagram’s upload quality — unique to the Android version of the app — compresses images to high hell before uploading and posting to the social network. What’s even more frustrating is that the iOS version doesn’t suffer from the same quality issues. We know, it’s not bad enough to that it would be blatantly obvious to the casual user, but it’s enough that people will notice photos taken with the iPhone (and uploaded to Instagram) just look better. 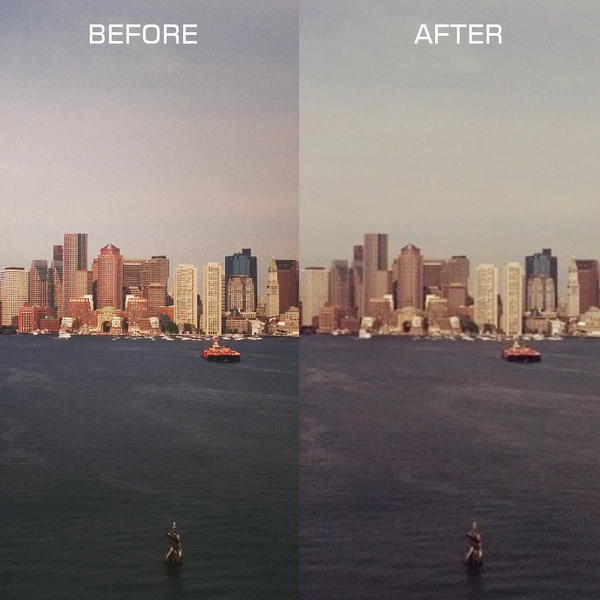 Original (left), and the quality after uploading to Instagram on Android (right)

Don’t believe us? Just take a look at our sample image (above) to see the differences between the iOS and Android versions of the exact same image. While a loss of some image quality is to be expected — even in an age of 1080p smartphones, Instagram still insists on resizing images to a shockingly small 640×640 — the fact that the most recent version of the Android app pales in comparison to its iOS counterpart is in no other words, simply unacceptable.

What we’d really like to know is if this is somehow intentional, or merely an oversight. It’s clear the problem — which affects millions of Android IGers around the world — has been going on long enough that we know it’s not a priority. Funny too, given Instagram is one of the world’s biggest photo sharing services with millions of dollars in backing. You’d think they’d be on top of this.

As an Android user who spent X amount of dollars on a fancy new smartphone with a cutting edge camera, what can you do? Not much. But if you’re looking to show off your photos to the world — and don’t want them to look like they’ve been shot with a potato — we’d suggest checking out rival services like Flickr (who also recently overhauled their Android app) for the time being. It’s a shame given Instagram was, at one time, one of our favorite social networks.

Editors note: Instagram has an option to enable “high quality image processing” in the Android version of their app. I tested both with HQ enabled and disabled in the lines comparison and found absolutely no discernible differences in quality (I’ve noticed this across multiple Android devices). The first image in this post was taken with HQ enabled. Here’s the original image if you’d like to test it for yourself.