Huawei’s latest flagship smartphone is finally on the table, folks.  It’s the Ascend P7, and as is typical with this line of premium devices it comes in looking very suave-like. Its slim 6.5mm form factor is about as thin as you’re going to get, and its tight lines minimalist, no frills design definitely works here (although we can’t help but notice it looks a little iPhone-ish).

So what’s going to power this thing under the hood? Take a look at the quick spec sheet for yourself: 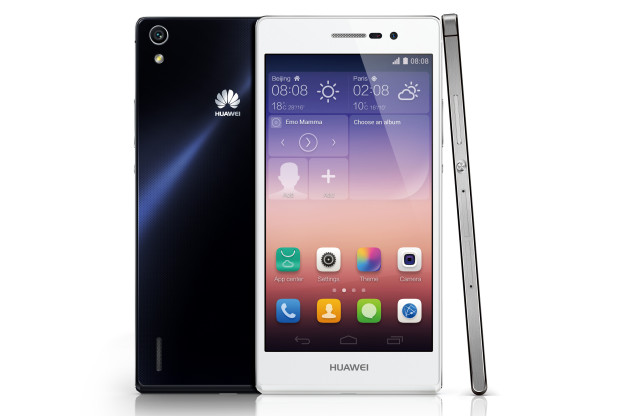 There’s not a whole lot exciting going on with the software — Emotion UI comes with some pretty decent features and tools, and you can theme it. It looks like an iOS reject at first glance, but we imagine that can be fixed with an app or two. Huawei’s super power saving mode will allow you to stretch 10% battery for an additional 24 hours on standby (but that is likely cut way down when actually using the thing).

We can’t speak to the device’s processor and how smooth of an experience it will provide just yet, but all in all the Ascend P7 sounds like a pretty capable smartphone by Huawei’s standards. It should be available 449 euro at some point this month in the following markets: