For King Digital (KING), makers of the insanely popular game Candy Crush Saga, the story gets thicker but not sweeter. The company’s Initial Public Offering was today, dropping quickly from $22.50 to $20.50 per share and eventually closing at $19-  a loss of 15 percent. 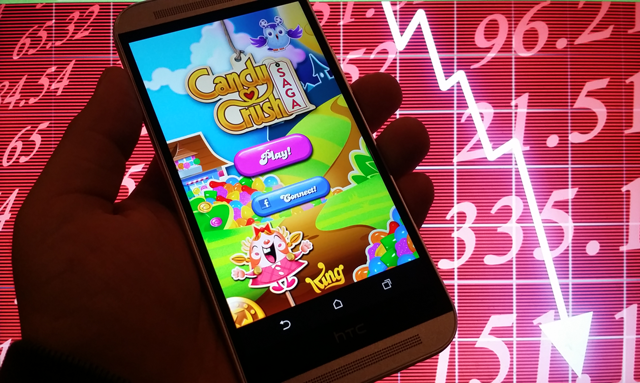 The initial valuation placed the company’s worth at $7.1 billion, which if you ask me, is absolutely absurd. At the end of the day (literally) the company is still worth over $6 billion on paper. Here is my personal problem with such a high valuation:

For some companies, projecting future revenue based on past revenue is logical, but Candy Crush Saga won’t likely be around (or as popular) forever, so making the next big game needs to be a priority for the company. One look at Flappy Bird shows how unpredictable the mobile gaming industry can be; just as one game can quickly take flight, so can another see profits fly south for the season.

We’ve seen this with game maker Zynga, owners of popular games such as Words With Friends and Draw Something, whose stock peaked at $14.60 in 2012 and has since battled a downward spiral placing them under $5 since 2012.

There is no doubt that the gaming industry is huge and lucrative, but it can also be high risk. I imagine, with “please the stockholder” pressure on executives, they’ll be hard at work trying to create King’s next big game success. Or perhaps, like Mark Zuckerburg and Facebook, they’ll just buy it with their newfound billions.

Even companies with long and proven histories in the gaming industry find it difficult to sustain long-term success.

Look at Sony, Microsoft, and Nintendo who recently launched the PS4, Xbox One, and Wii U in hopes of capturing the next generation of consoles: the verdict is still out.

Look at companies like Electronic Arts, Glu Mobile, and Take-Two Interactive who have popular flagship brands such as Madden, Deer Hunter, and Grand Theft Auto: all of which have lower stock prices today than one decade ago.

A decade is a long-time. Being relevant in the gaming industry for a decade is a success in and of itself. What makes me think KING can be successful for the long-term? Nothing. What makes me want them to succeed? Sure as hell not this.

I don’t have an intimate understanding of King’s inner workings. I’m also not a stock market guru and you shouldn’t take anything I say as financial advice. I’m just speaking my mind, but I think I’m coming from a place of logic, and the stock market seems to agree. I think they’ll continue to agree.

Regardless of where the stock is today and where it goes, one thing is for sure: everyone involved with the company since it’s inception likely just got a ridiculously large payout.

Do you think King, Candy Crush Saga, and the games they produce in the future will continue to be successful? Where will they take the company next? And perhaps most importantly, do you even care? 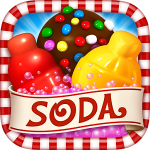