It’s a sad day, folks. Longtime mobile phone deal-providing retailer Wirefly and parent company Simplexity have reportedly filed for chapter 7 bankruptcy, resulting in an immediate shut down of the business. That’s why when you go to their website you won’t be met with anything but 404 pages (surely there was enough money left over to keep up a “we’re gone” page, no?).

It’s an odd situation for sure, because if you head to their Facebook page you’ll see Wirefly was advertising their trade-in promotions as late as yesterday, the day this closure apparently occurred. It’s possible that Facebook post could have been scheduled, of course, so there’s no telling if that was just an unfortunate oversight of whoever decided to clear the offices.

Such a sudden move doesn’t bode well for employees either, with some taking to social media to express their discontent with their new employment status. Some customers have called Wirefly to inquire about their order status and haven’t been able to reach anyone, suggesting that the customer service department is now non-existent. And reports of users receiving refunds on recent orders that they were waiting for seem to suggest Wirefly isn’t comfortable filling out their remaining obligations.

All of this alone isn’t confirmation that Wirefly is gone, but without an official statement from the company and several independent reports suggesting as much, we’ll have to go with it for the time being. It’s sad, though the company wasn’t exactly the most ideal place to buy a smartphone. They came through with great deals on phones more often than not, but not without early exit clauses that made it almost impossible (or otherwise very expensive) to ditch before the standard return window.

Wirefly isn’t the only third-party retailer in the business with such practices. Buying a phone through Amazon, Best Buy or those mall kiosks also come with similar hooks in the fine print, though those hooks are usually not an issue for people who plan to stick with their phone for at least six months or the full length of the contract.

It sounds like Wirefly just wasn’t able to compete in an area where big businesses have started to match and exceed their service, and as such have been forced to call it quits. It’s just a shame that it all had to happen so abruptly. We’ll be seeking further comment from Wirefly and Simplexity to see if we can find out any specifics. 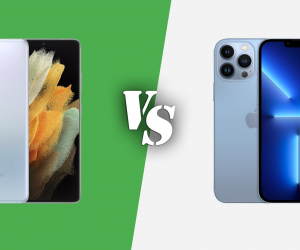 Apple’s 2021 flagship devices have landed and are arriving in the hands of the masses. And despite being released all the way back in February, the Galaxy S21 Ultra remains at the top when looking at the different Android smartphones that have been released this year. So how does Apple’s best match up against the …