With Apple popularizing the fingerprint scanner in the iPhone 5S and HTC following along with the HTC One Max, we assumed Samsung would eventually want to offer something similar. That’s not to say the South Korean electronics giant is a copycat, but we can’t help but notice history suggests they’ll always look to one-up their most direct competitors. 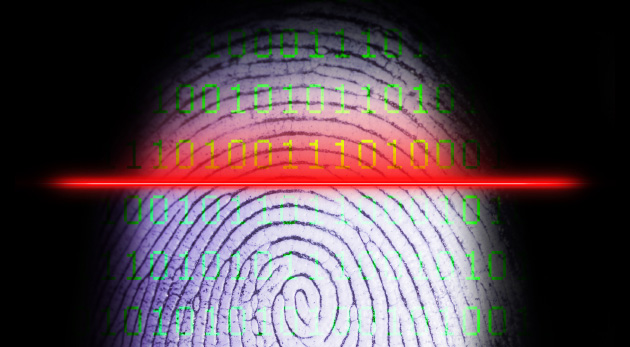 That’s why we were a bit shocked when earlier rumors suggested Samsung wasn’t looking to bring a fingerprint scanner in the Samsung Galaxy S5, a device that’s supposed to push the limits with a Snapdragon 805 processor, 3GB of RAM, 2,560 x 1,440 display and more (check out the full list of rumored Samsung Galaxy S5 specs here).

Instead, the company had long been rumored to be working on an iris scanner. As futuristic and Mission Impossible-ey as this sounded, we wouldn’t put anything past today’s tech companies in terms of innovation.

But it looks like that might not pan out. New rumors suggest Samsung has shelved plans to put an iris scanner inside the Galaxy S5, and will instead use a fingerprint scanner to provide biometric scanners for security and authorization features. That news comes to us by way of the Korean Herald, a publication local to the company’s home turf that has a pretty good record when it comes to spilling Samsung’s beans.

It’s not hard to believe Samsung likely lost interest in the iris scanner considering the shortcomings the solution would be subject to. For starters, lighting conditions would have to be good enough for the camera to be able to accurately scan your eye, and those conditions aren’t something Samsung can always guarantee.

One might suggest they use a small LED light to illuminate that part of the user’s face, but that seems like a bit much for the sake of mobile security. Samsung would also have to spend a good deal of money on figuring out where and how to implement the camera. All told, it just sounds like something that’s not worth the trouble in the long run.

Besides, a fingerprint scanner is plenty secure unless you foresee your finger getting chopped off or having your print molded. Unless you’re a high-ranking government official or some sort of super spy, I wouldn’t bank on those things being issues for most common users. We’ll likely have to wait until March or April to see what Samsung decided to do, so sit tight and wait for more solid information to roll in.