Check out these 18 Awesome NFL themes for the Moto X!

It’s the weekend. But more importantly, for NFL fans, it’s the playoffs. Even more importantly for Patriots, Broncos, Seahawks, and 49ers fans it’s Conference Championship weekend. And for Tom Brady, Peyton Manning, Russel Wilson, and Colin Kaepernick a win will earn them a place in the Superbowl.

Thanks to Moto Maker you can design your own phone and even customize it for your team colors. Slap on a team wallpaper and it’s practically a foam finger in your hand 24/7. Playing to these hardcore fans, Motorola just sent out an e-mail suggesting you do just that: support your team by buying where X marks the Moto.

Nice angle, Motorola… but you’ve got to admit we’ve seen seen this before from some pretty smart people.

True fans who have enough faith their team will pull through to the Superbowl will get their gear in time for the game. But what if it arrives and you’re already knocked out? And what about those brand new Wooden Moto X?

No matter what side of the fence you sit this is sure to be a playoff run for the ages. Tom Brady and Peyton Manning are living NFL Legends on their last legs, suiting up and battling it out for perhaps the last playoff confrontation of their illustrious careers.

And in the NFC you’ve got what may become the next Brady vs. Manning rivalry with 2nd year pros Colin Kaepernick and Russell Wilson engaging in athletic warfare for what seems like the millionth time. Both coming off disappointing failed playoff runs and both seeking the Lombardi Trophy.

Outcomes are determined by much more than Quarterback play, but don’t worry about that… we’re pretty sure Motorola would suggest buying a team inspired Moto X will improve your team’s chances of victory. Should you take the bait, have at it…. I’ll wait until next year when the Baltimore Ravens are back in the playoffs and the Moto X2 is released.

Can’t resist? Go for it! 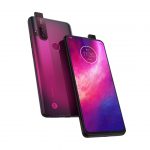