Aaaaaand another one bites the dust. Carbon for Twitter, one of the newest, best designed Twitter apps for Android, has finally reached its Twitter token limit. If you don’t remember, Twitter limited third-party developers of Twitter clients to 100,000 user tokens (though they have given developers more in special cases).

A token is used when a user links that app with their Twitter account. Once this limit is reached, no new users may sign up. Tokens can be relinquished by users at any time, allowing others to take their place if they wish. The problem is that this doesn’t happen quite often enough, and folks who stop using the app often forget to go into their Twitter settings to give their tokens up.

Unfortunately, developer M.Saleh Esmaeili says he isn’t interested in using wonky workarounds to get around this issue. Instead, he’ll let the app live on in its current state, wishing users good luck in trying to grab a token should they ever want to use the app.

Esmaeili says he is still planning on upgrading Carbon with the features currently in the pipeline, though the future of updates beyond that is uncertain. In any case, it sounds like the project will eventually wind down as he shifts focus to other things (like a new fitness service that you’ll definitely want to keep an eye out for).

We’ve been shouting about this nonsense every since Twitter implemented the draconian API limits some time ago. Our hope is that our voices will be heard and Twitter will eventually quit stifling competition to their own official app, but it doesn’t look like they are budging from their stance. As such, the typical “deal with it or move on” message still applies. We hear there are much greener pastures around here lately, anyway. 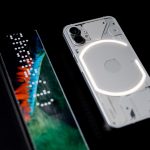