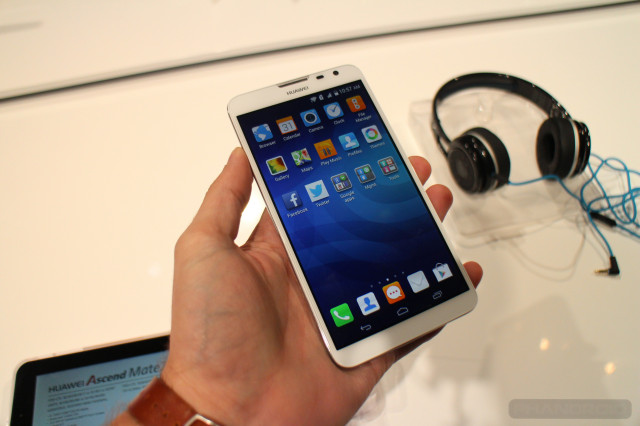 The Ascend Mate 2 4G features quad-core processing, 4G LTE support for nearly every wireless standard (it won’t officially launch in the US, but will be compatible with all carriers), and, of course, a 6.1-inch display. A 5MP front-facing camera and 13MP rear camera (itself a Sony BSI sensor) provide plenty of possibilities when it comes to capturing photos. Adding to this are an array of software-based enhancements introducing panoramic selfies, a beauty enhancement slider, and a special preview window. Other aspects of this skinned version of Android have been modified as well, utilizing the large screen area for easier multitasking, one-handed use, and more.

But what everyone will be talking about is the phone’s 4050mAh battery, a true gargantuan of power. The phone is claimed to last two full days on a single charge. With heavy use, the battery is still said to clock over a full day and then some. All this in a form factor that manages to not feel all that large (considering its display size). 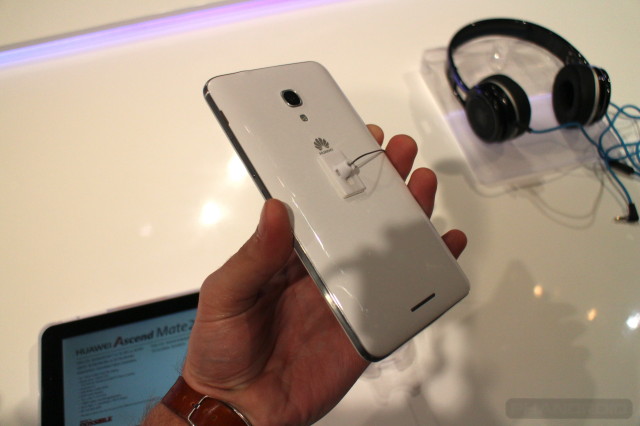 The Ascend Mate 2 comes as a worthy successor to the original, a phone that while it did not make a trip to the US saw modest success in countries around the globe. Huawei’s big push this year is to raise brand awareness. In an effort to focus on other regions, that means a forfeiture of US territory, but if they continue to churn out quality mobile devices it won’t be long before they return to the US. 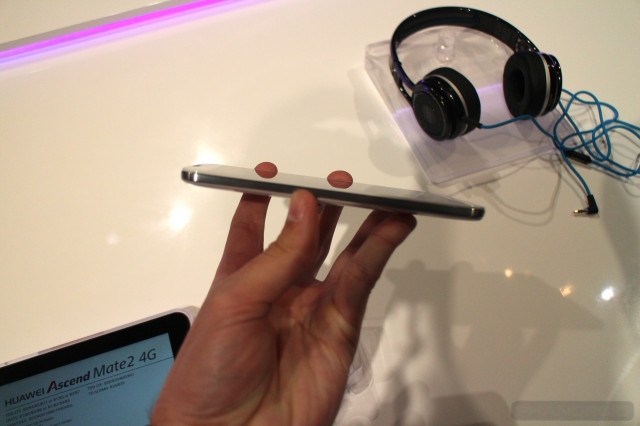