The LG G Flex can flex… no, seriously [VIDEO]

When LG first announced the LG G Flex, we were made privy to the fact that it has a flexible display. This made the display virtually indestructible according to LG’s claims, though we figured the curved smartphone itself could still be susceptible to broken glass if it were actually flexed. Thankfully, and surprisingly, that isn’t the case.

Reviewers took an LG G Flex and literally pressed down on it as if to give it CPR. The phone flexed, alright — and it looked good doing it. The LG G Flex didn’t budge, with the phone bouncing back into form as if nothing had happened to it. This bodes well for LG’s claims about durability, and could be the perfect device for people who tend to put their phones in their back pocket (and forgot to take it out while before sitting down).

The LG G Flex’s curvaceous nature is matched by a set of specs that should excite any power user out there. The G Flex features Qualcomm’s 2.3GHz quad-core Snapdragon 800 processor, 2GB of RAM, a 13-megapixel camera, and a 3,500 mAh battery.

The 6-inch display’s 720p resolution doesn’t quite stack up to the rest of the device’s lofty silicon, but it remains to be seen if that will be a deal breaker. One thing definitely isn’t going to be broken easily, though, and that’s the very phone you see in the video at the source link.

How to enable audio and video captioning in C 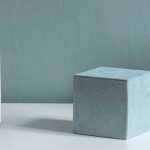 Future proof, cover your home with WiFi, and

Huawei could make a big and affordable push f

It’s been almost seven months since Google introduced the all-new Chromecast with Google TV. While the little streaming dongle has been great for some, with its included remote and updated interface, there was one surprising omission. For one reason or another, those who wanted to use this as a way to play Stadia games have …