Joining Ingress has been a bit of a pain. You need an invitation and the game has been in beta for almost a year now. It’s about time we start seeing the augmented reality app taking it’s next steps and that is exactly what is going on. Google is taking Ingress out of beta!

Everyone can join Ingress!

Ingress exits beta on December 14, 2013, but that is not the most exciting piece of nows. Starting today, everyone can actually join the fun! There is no longer an invite requirement in order to play Ingress. Simply go to the Google Play Store, download the app and play away!

Niantic Labs took advantage of this eventful announcement to also give us some details on their upcoming contests and challenges. First, there is the ‘Founder Medal’, in which all of those who reach level 5 by Dec. 14 will get an exclusive medal. Pretty cool badge to carry around!

There is also the Ingress Elite V challenge, in which all Ingress agents will be able to vote for the best 5 Ingress users in the world. Those who win this will get a trip to California for what they are calling “top secret Ingress briefings”, as well as an interview with Ingress’ Susanna Moyer.

And there is also the larger event, 13 Magnus. The idea is that Enlightened agent want to resurrect their leader, Roland Jarvis. To do this, they must find the 13 Jarvis Shards, but Resistance Agents will do everything they can to destroy them. These shards will be all over the world. (You can read more about dates and locations at Ingress’ post).

As mentioned above, you can now download Ingress from the Google Play Store and play with no invitation! If you are still loving Ingress, you can check it out and try to participate in these cool events. As for me, I am not as excited about the game anymore. Do you guys still play?

How to stream Stadia games over 4G and 5G 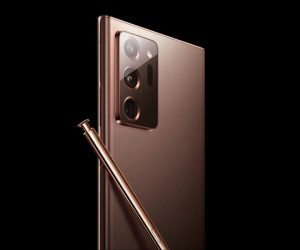 Curious to see how the new Galaxy S20 series smartphones stack up against the competition? We’ve put together a comparison table that shows the specifications and pricing differences between the Samsung Galaxy Note 20, Galaxy Note 20 Ultra, Motorola Edge+, Huawei P40 Pro and the Oneplus 8 Pro. While the new Note devices may not …