The LG G2 is the Korean company’s flagship smartphone for the year, but they’re giving another group of fans reason to be excited. I’m speaking about Vu fans (I’m sure some exist) as the company has announced the third rendition of this uniquely-built series of phablets.

The LG Optimus Vu 3 bumps up to a 5.2-inch display, but the quirky 4:3 aspect ratio makes it a lot different from what you’d find on something like the G2. That display houses a resolution of 1280×960. Internally, it’s not to be reckoned with — this thing is packing Qualcomm’s Snapdragon 800 chipset clocked at 2.3GHz. You can’t get much better than that right now. 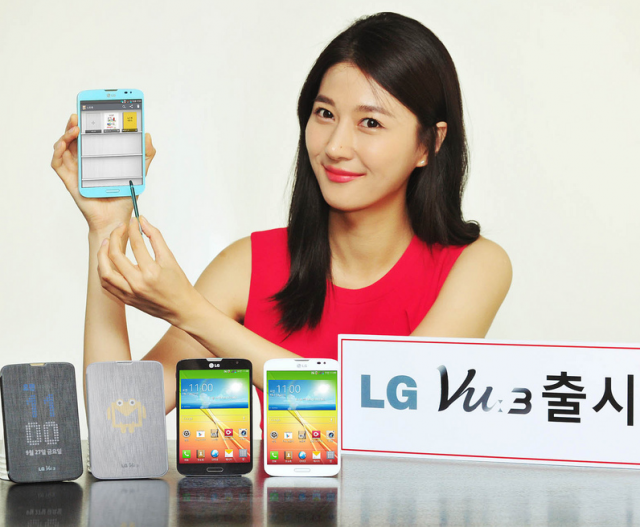 Other specs include a 13 megapixel camera with optical image stabilization, 24-bit 192kbps audio, and more. The stylus embedded into the bottom of this thing makes it a direct competitor for the Samsung Galaxy Note 3, though we’re not sure if it’ll house similar technology such as pressure sensitivity and hover detection.

We aren’t being told which version of Android it runs just yet, but we’d be surprised if it were anything higher than Android 4.2.2 at this point. Sitting on top of that will be LG’s latest user interface, which will include features like Knock On (turns the display on or off by tapping on it twice), some apps for the stylus, Q-Slide and more.

The LG Optimus Vu 3 is expected to launch on all 3 of South Korea’s major companies on the 27th of this month. It’ll remain to be seen if it will get a launch in the US, though past launches in the series tell us that LG might not be too comfortable doing that. 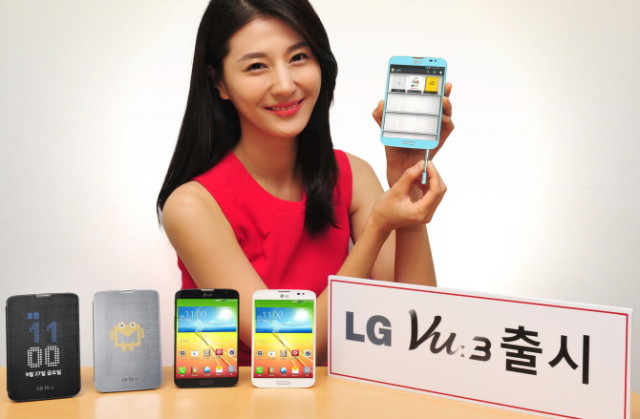 The Vu is mostly popular in South Korea, but the 4:3 aspect ratio is failing to gain meaningful traction anywhere else. Regardless, it’s a pretty nice looking device that changes things up in a market where flattery and imitation has become the norm. Take a look at it in the photos above.