The best Android apps to use with Feedly

We’ve beaten the point into the ground with a sledgehammer by now, but in case you’ve forgotten we’ll give you one last warning — Google Reader is dying on Monday. When you wake up and click your Reader bookmark, it will send you into a sea of internet nothingness… or perhaps just redirect you to Google’s homepage.

Regardless, it won’t be there, and you’ll need a replacement of some sort. We have settled on Feedly here at the bright confines of the Phandroid offices. While we’re sure there are other great options out there (such as the upcoming Digg Reader or AOL’s web reader), we like that Feedly is doing everything it can to tailor to us Reader refugees.

With that, you’re probably wondering what your options are for using Feedly on mobile aside from the Feedly app itself. We understand some folks aren’t huge fans of it, which is why we’re glad they’ve created a suite of APIs to allow developers to hook into it just as they did Google Reader. We’ve already got some great applications available in that regard, so let’s highlight just a few to get you started.

Press is not only one of the most beautiful applications for reading your RSS feeds, but it’s one of the most beautiful apps in the Google Play Store period. We weren’t surprised that Press was one of the first Google Reader-based clients to implement Feedly support, what with its ultra responsive developers and all. And we imagine having a paid application that would have been deemed useless without said support wouldn’t be the most ideal situation for them. In any case, this app deserves the few bucks you were going to spend on donuts and coffee one of these days, so be sure to give it a serious try for $2.99 in the Google Play Store.

Our resident cuckoo bird Nick has been screaming “gReader!!!!” for the past few weeks now, and for good reason. This is one of the best reader applications on the market, but like so many others that were dependent on Google Reader it was almost threatened by Google’s need to sunset the popular service.

It, too, was one of the first to implement Feedly APIs for a seamless transition to everyone’s new favorite RSS service. With tablet and phone UIs, and a lot of different views (including an image-based cover UI), it’s the perfect client for anyone no matter what your preference for keeping up on news is. You can try out a free version in the Google Play Store, and if you like what you see then consider dropping $5 for Pro.

Like Falcon for Twitter (before it decided to spread its wings and become a full-fledged Twitter client), Pure News Widget isn’t a full-fledged, full-featured Google Reader client, but a simple solution for those who didn’t need the whole kit and kaboodle. It has been updated with Feedly support, so if all you want is a widget that serves your stories up in quick and clean fashion you can have it for $1.49 in the Play Store.

Reader HD advertises itself as “yet another Google Reader client,” but it’s quickly become “one of the only Feedly clients.” This very solid app brings a clean, elegant and simple solution for crunching through your news on both phones and tablets. With themes, widgets, podcast support, and an intuitive interface, you owe it to yourself to try it. This client is completely free if you’re willing to put up with ads, but if you decide you like it enough to support the developer with a purchase you can get rid of those ads for a mere $1.99.

BeyondPod isn’t a traditional RSS news reader, but for those of you who use RSS to keep up with your favorite podcasts you’ll be happy to know it will soon get an upgrade to add Feedly support. That functionality hasn’t come to the Google Play Store version of the app just yet, but those interested can grab the beta ahead of time and get a taste of what to expect once the developers push the final version to phones and tablets. Give it a try at BeyondPod’s website.

It’s possible we haven’t covered all the bases here, so if one of your favorite RSS clients has recently been updated with Feedly support and it isn’t listed here, be sure to let us know in the comments section below! Happy shopping, and remember: you’ll have until Sunday night to get all your feeds migrated over to Feedly. It’s as simple as logging into the service with your Google account over at the Feedly website, so there shouldn’t be much of an issue for those of you looking to go this route. 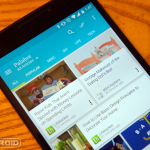 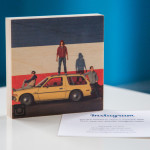