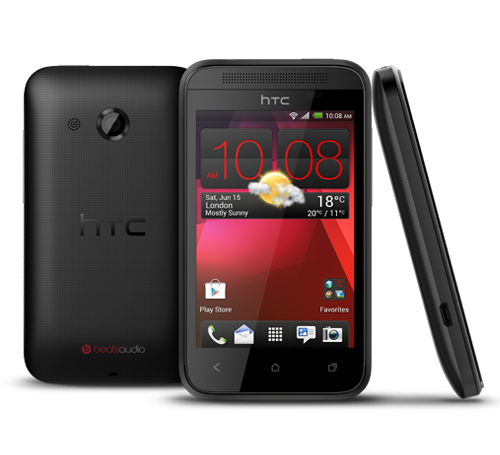 The HTC Desire 200 hasn’t been a stranger to the rumor mill for the past several weeks, and now HTC has spoiled all the speculative fun by finally making it all official. As we were told in previous leaks, the Desire 200 isn’t a hugely exciting phone on paper.

Its 3.5-inch form factor coupled with HVGA resolution, a 1GHz Snapdragon S1 chipset, 512MB of RAM, 4GB of internal storage, 5 megapixel camera with VGA recording, Bluetooth 4.0, GPS, WiFi N and more are nothing to jump for joy for. In fact, it feels like I took a trip back to 2010 just reciting all of that.

The specs listing only mentions it’s running “Android with HTC Sense,” failing to give us a clear idea of which version of Android to expect here. We hope it isn’t Gingerbread, but with such paltry insides we’re not so sure (we’ll try to get more confirmaton on that).

HTC didn’t mention anything about pricing yet, but we imagine this thing is headed straight for developing countries where uber-expensive smartphones just don’t have much of a place yet. For those who can’t spend a ton on a smartphone this will obviously be a viable choice, though how cheap, exactly, remains to be seen. I would expect this thing to go for no more than $100 unlocked with these types of specs, but until HTC gives us a figure we can only keep guessing.