These tablets come donned in your typical Samsung garb, which is really interesting for the 10.1 inch version — it features a physical home button and capacitive buttons for menu and back. That’s actually pretty atypical for a 10-inch tablet, but it looks like Samsung really has its heart set on that setup. 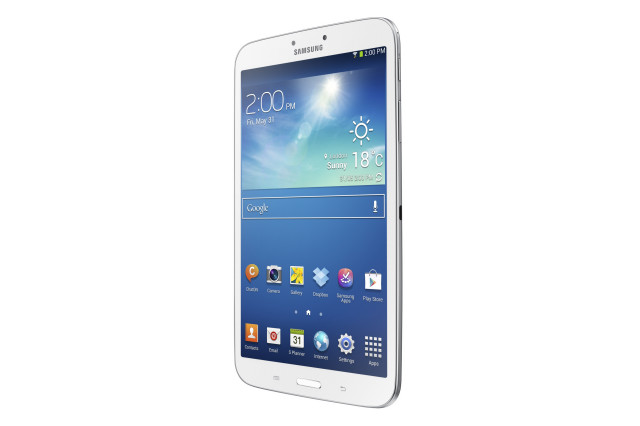 With 10.1 inches, you’re getting a 1.6GHz dual-core chipset, that same 1280 x 800 resolution, 1GB of RAM, 16 or 32GB of internal storage with microSD card slot, Bluetooth 4.0, WiFi, 3G and LTE support, a 3 megapixel rear camera, a 1.3 megapixel front camera and more. Again, software experience will be Android 4.2.2 with Samsung’s customizations. 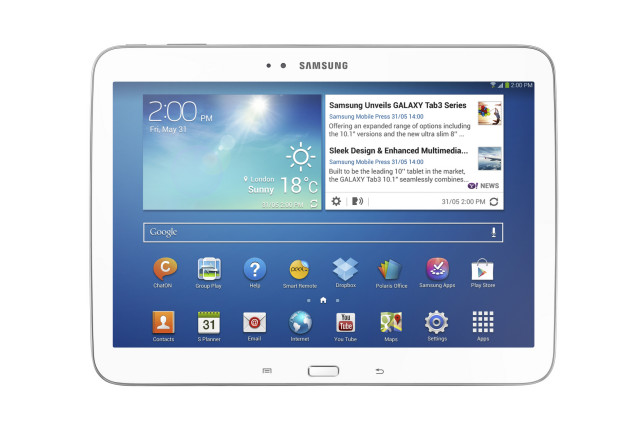 On paper you might be asking yourself why the 10.1 inch variant seems weaker in some areas, but you have to remember the Galaxy Tab 3 line is meant to stay affordable. Samsung likely had to cut some corners in order to keep price down. We applaud their decision on the 3 megapixel camera, because it just looks plain silly to take photos with a 10.1 inch tablet anyway.

Still, we would have loved to see this thing outfitted with a higher resolution display and a bit more RAM. We can’t judge it until we can touch it, though, so with that I’ll direct you to the press release to see all the juicy details for yourself.