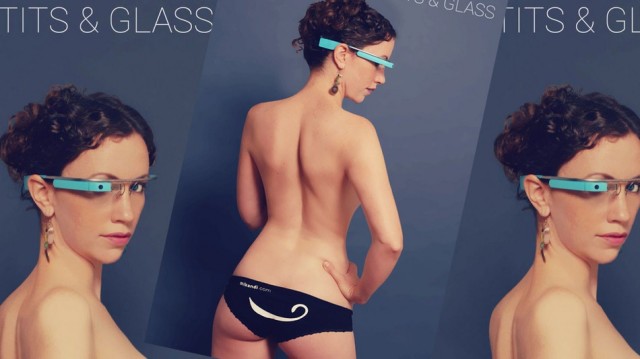 It’s a tough area for Mikandi to tackle, especially considering Google seems to have recently changed its terms of use without any warning. According to Mikandi:

We’ve inquired about the possibility of getting Tits & Glass sideloaded in the event that Google decides to ban it from Glassware, but things aren’t looking too great at the moment. Mikandi notes that its app has been downloaded by over a dozen Glass users since it went live a little over a week ago.

Of course, this app is highly inappropriate for anywhere but the privacy of your own home, so I suggest you keep it swept beneath the rug until you’re  well clear of society. Oh, and don’t feel left out if you don’t own a pair of Glass — you can still partake in all the adult-only fun at the app’s website. Remember, folks: this is strictly NSFW, NSFS, NSFF, NSFAnything. With that warning in mind, have at it while you still can!