Why NASA chose the Nexus S for SmartSPHERES

It’s always wonderful to hear stories about how Android is being used in the extremely sensitive field that is space research and exploration, but it’s not often you get an idea as to why, exactly, Android phones — and Nexus phones, in particular — are being used for these projects.

Research scientist and project leader for NASA’s Intelligent Robotics Group, Mark Micire, recently went into detail about what the Nexus S’ purpose was for the SmartSPHERES project under the Human Exploration and Telerobotics project, and what they had to do to go from concept to space-ready in just six months.

For starters, the SPHERES — or the “Synchronized Position Hold, Engage, Reorient, Experimental Satellites” — used to collect several pieces of data inside the International Space Station — currently use rather dated “micro-brains” that were developed more than half a decade ago. 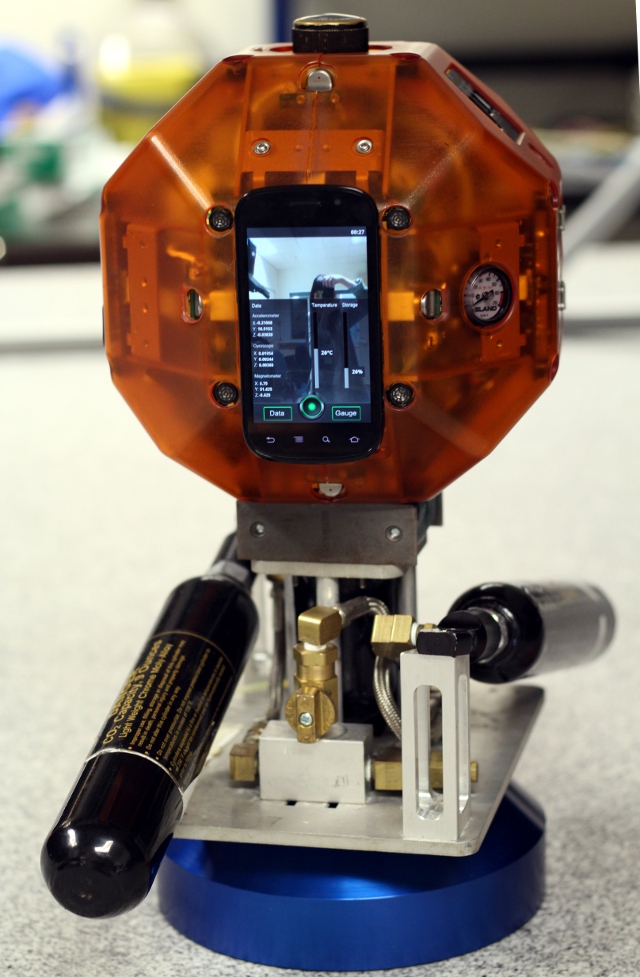 These SPHERES float around the ISS collection information, and transmits the data using Windows XP. To get smarter SPHERES into space, a typical project would take — at minimum — 1-2 years to be approved, and it might be even longer before anything is actually launched. With the Nexus S, the team was able to get to a ready state much faster because they didn’t have to design much of the technology themselves.

The phones already included several essential components for data collection, and with a Nexus device they had full reign over the build of Android running on them. This allowed the team to make the the firmware changes necessary for interfacing with the ISS and the computers that run them without having to deal with problematic drivers.

Several interesting modifications had to be made to the Nexus S for the project. For starters, the team had to physically destroy the cellular radio inside the device. The program requires any device launched to have a hardware switch to disable cellular radios, but that’s all done through software with Android phones. Instead of creating a hardware switch, they decided to crack it open like a can of beans and yank the TXRX amplifier out — problem solved.

The team also had to get around the issue of batteries — lithium-ion packs aren’t approved for space use, so the team had to create a custom solution for the Nexus S. The result was a wiring of six different AA batteries wrapped in a material that would help contain the alkaline leakage that would occur over time.

They even had to think about the device’s display — should the glass end up shattering into billions of tiny pieces, it’s not a substance they want the astronauts breathing in up there. For that, the displays were surrounded by tape to contain the spread of glass particles should that occur.

Rigorous testing for the device’s various radios and sensors also had to be performed to make sure it could stand up to the conditions of microgravity. Mostly everything worked fine, though the standard accelerometer inside the phone was found to be inadequate for the job, but this apparently wasn’t essential to the functions of the SPHERES. The source link has the full read about this interesting undertaking so be sure to check it out and raise a glass for the second Nexus device’s success in this ambitious project.