We’re used to seeing Android-based clones of Apple’s line of smartphones and tablets, but one manufacturer seems to have drawn its inspiration from ASUS and Google. Ainol, a China-based entity, has launched the Novo 7 Venus, a familiar-looking Android tablet that could easily be mistaken for a Nexus 7 at first glance. 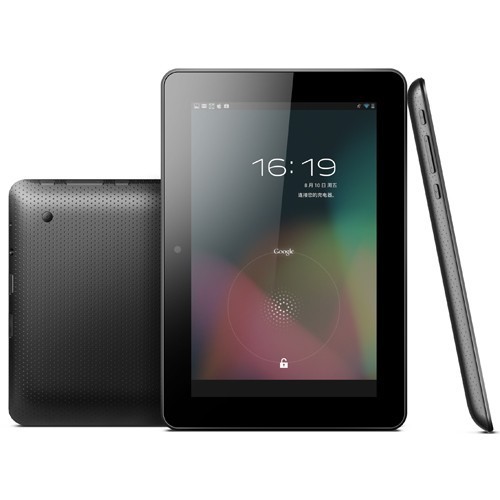 You’re getting a 7 inch 1280×800 display, a 1.5GHz quad-core “Actions ATM7029” processor, 1GB of RAM, 16GB of internal storage, a 2 megapixel camera on the rear with a VGA camera on the front and comes pre-installed with Android 4.1 Jelly Bean. You can net all of that for $155, but considering the cheapest Nexus 7 unit costs $200 we’re not sure we’d spring for less than $50 in saving for what looks to be a clean rip-off.

The Novo 7 Venus does have a couple of advantages over the Nexus 7, including that aforementioned camera and the inclusion of a microSD card slot, but it also has its shortcomings — for one, there’s no GPS. If you absolutely must find $50 in savings I’d urge you to get a Nexus 7 on eBay or Craigslist, or just go with something from a more reputable brand such as Acer or ASUS.

I’m not saying these Chinese manufacturers don’t have products worth spending money on, but when all you’re doing is blatantly copying Google’s official offering then it only makes sense to spring for that particular device. Still, someone’s bound to want the Novo 7 Venus so if that someone is you then it’s waiting for you at this link.