Samsung looks to be bringing us another smallish Android handset for those not willing to jump on the “too big for comfort” wave. The device, which was leaked by SamMobile, is called the Samsung Galaxy Pocket Plus, and at 2.8 inches it’s quite small.

The Pocket is said to have an 800MHz Broadcom processor, 512MB of RAM, 4GB of internal storage, a 2 megapixel camera, a 1,200mAh battery and Android 4.0.4 with TouchWiz on top. Other hardware features will include Bluetooth 3.0, A-GPS, WiFi N, FM radio, USB 2.0, accelerometer support and more. 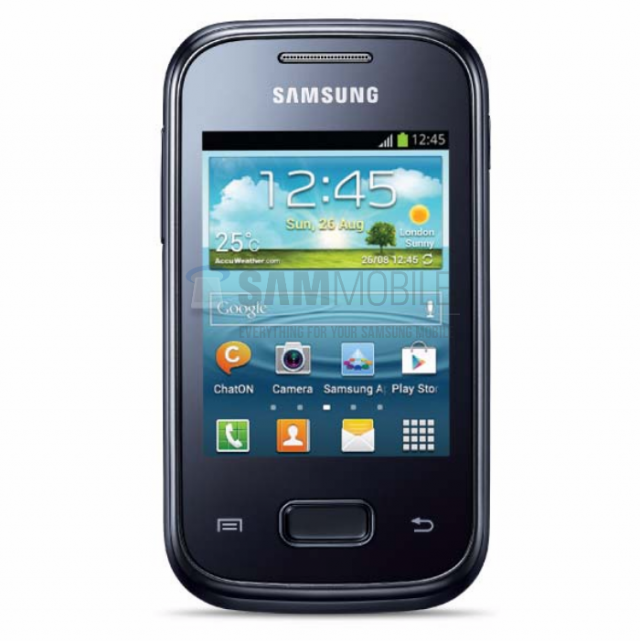 As a successor to the original Samsung Galaxy Pocket this device isn’t that much better, but the inclusion of Ice Cream Sandwich seems to merit a re-release. Of course, Samsung has shown it’s willing to do this even with one of its flagship devices. The Samsung Galaxy S2 Plus doesn’t add much over the original (in fact, some might argue that the original is better) but it does come with Jelly Bean out of the box.

Don’t expect the version of TouchWiz present on this device to be as fully-featured as it is on the Galaxy S3 — the size and limited hardware means some things will have to be sacrificed. Still, it should be fast and slim enough to keep most people happy while giving Samsung the edge it needs to set the Pocket Plus apart from others in this range.

You can expect the Samsung Galaxy Pocket Plus to launch starting in the first half of this year, but for the time being Latin America is the only region you might be able to find it. nothing’s official yet, though, so until Samsung has a say in any of it then we can’t be too sure about any of it. Have a quick peep above.