Visit OUYAboards.com for the largest independent community of OUYA enthusiasts! 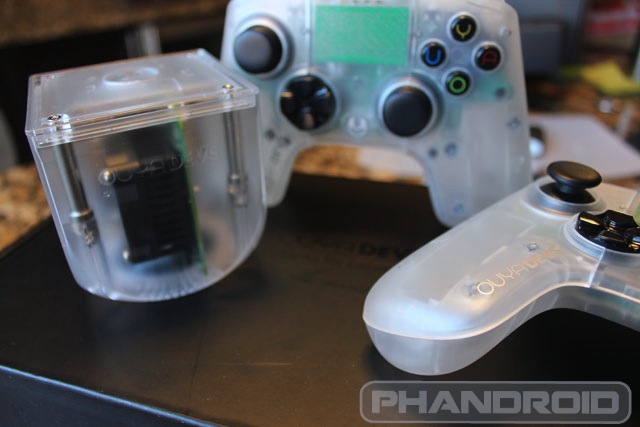 The OUYA has a lot riding on it. As the world’s first Android-powered gaming console, it seems countless “me too” consoles are just now coming out of the woodwork. Still, it’s hard to compete with the sheer amount of backing the OUYA has received from big name game publishers around the world.

As official backers (and believers) of the console since its inception, Phandroid and GameFans are two of the first in world to get our hands on the recently shipped OUYA Developer Console — an early dev kit sent to developers so they can ensure their games are compatible with the console (and gamepad) at launch. Here’s what we found inside the little black box.

The completely black box had a slick black engraving of “OUYA DEVS” with the nice message of “Thanks for believing…” and the company URL. The first thing you see when opening the box is a thank you letter, leaving you with a warm and fuzzy feeling of being part of something at the ground level. 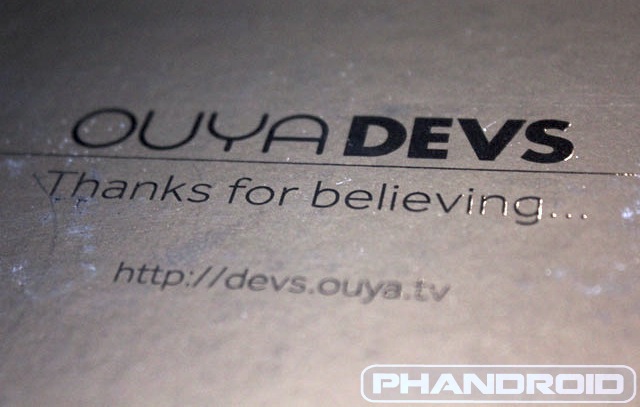 The console itself is teeny tiny, made of plastic, but still pretty darn solid. Much of that sturdy feel comes from the cubed shape and although the “I can see your guts” clearness detracts a bit from the sturdy feel, it’s a pretty cool design for a developer exclusive. 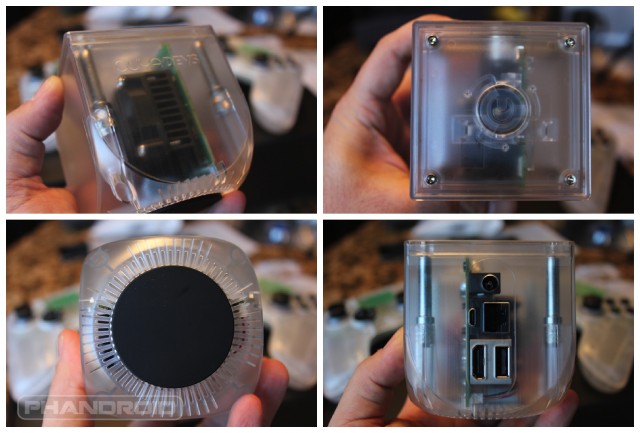 On the top right you’ll notice four obviously placed screws: that’s so  you can easily crack it open and mod the hardware yourself. Oh yeah OUYA… that’s that’s the Android spirit! 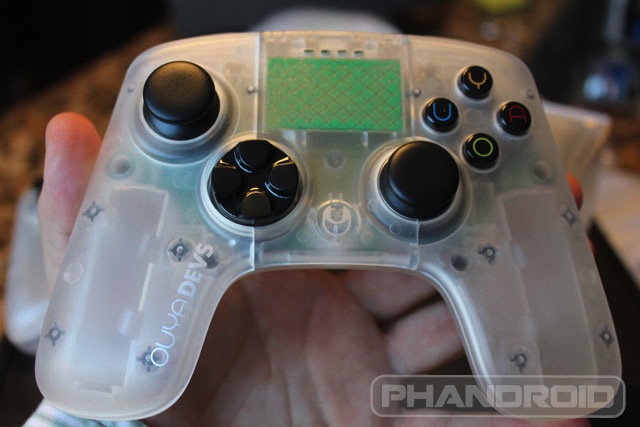 The look and feel of the controller matched that of the console: plastic but sturdy, aethetically pleasing, and seemingly functional. All the buttons felt like that off top quality console, except for the power button on the console itself. The touchscreen is an interesting… touch, but we’re holding off judgement until it’s time to play some games and use some apps that leverage it’s capabilities. 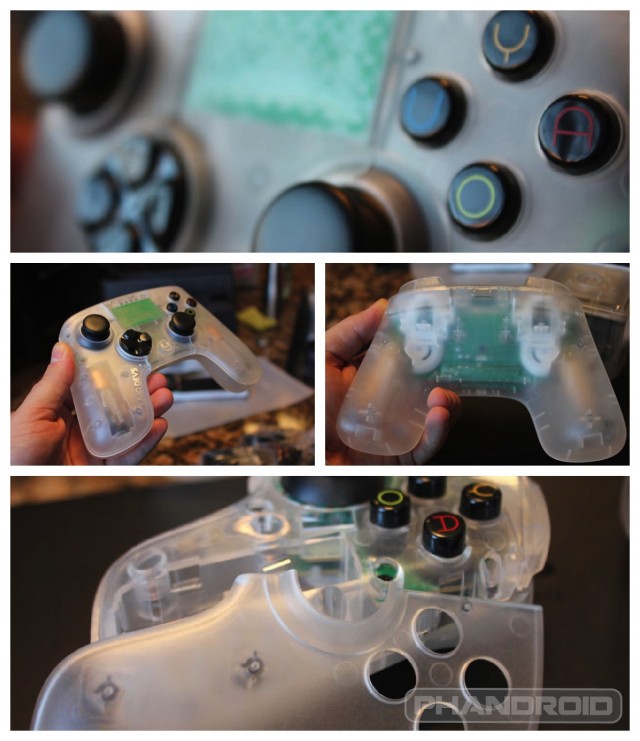 The look of the buttons is nothing short of completely sweet and it pulls together the look, feel, and sound of the OUYA name. The battery covers, located in the handles, were a bit hard to pull off but after that first time cracking them open it was no problemo. There won’t be much to share until games start launching but we’re going to plug this bad boy in and start rocking away.

We’ll be back soon with more… but in the meantime: