To get the ball rolling on bringing great content for OUYA users, OUYA has started shipping development consoles to those who were in line for one. A thread was made at an OUYA fansite by a forum admin for people to report to once they have gotten their shipping email or have received the actual units.

One user has already reported a shipping email, and their console is expected to arrive sometime between December 30th and January 10th. We’re hearing that some might get lucky and start receiving the console as early as December 28th, but there’s been no confirmation as to whether or not that’ll actually happen. We will know by tomorrow, though, so just keep an eye on your inbox and your doorstep in the meantime. 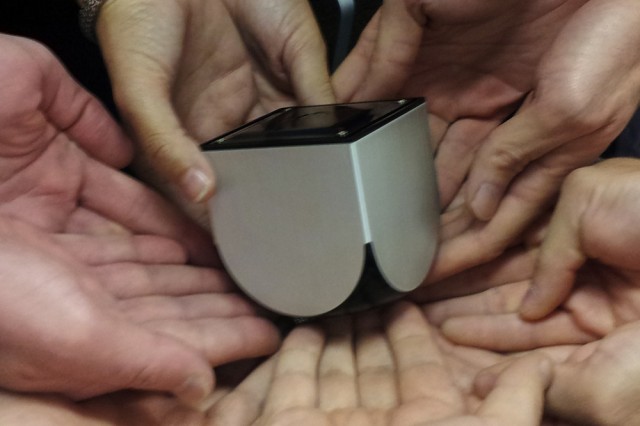 The OUYA team recently announced several more titles and new partnerships with developers to help fill out the launch roster. Since OUYA will be based on Android 4.1 and higher there isn’t much legwork to be done to get these games up and running on the cubed console, but developers still have some work to do.

For starters, they have to make sure their code is optimized for the OUYA’s Tegra 3 chipset, make sure full controller support is achieved and get other various assets and have their loose ends tied up to make sure their games are sitting pretty in OUYA’s store.

More exciting than the games will be the open nature of OUYA. Since the hardware and software will invite tinkering and third-party development there’s a lot more to look forward to than just games.

We’ll have to wait and see what the development community ends up doing with the box, but we imagine that the times ahead are very exciting. If you’re a developer expecting a console shipment be sure to let us know when your estimated delivery date is, and don’t forget to discuss the OUYA and everything Android gaming over at AndroidForums.com.

We shipped your OUYA Developer Kit!

This is exciting news, so we thought we’d share it with you.

Here are the details:

The following items were included in this shipment:

This shipment was sent to:

You can track your package by clicking the link below:

(Please allow 24-48 hours for tracking number to be recognized on the carrier website.)

Thank you for believing in OUYA!