Jelly Bean distribution checks in at 2.7%, Gingerbread still sits on more than half of all Android devices 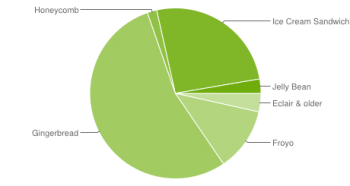 While Google’s tendency to keep the world updated on Android platform distribution numbers is more for the benefit of developers (after all, they have to know who to target), the tech world grasps onto these numbers with a tight death grip out of sheer interest. Welp, the latest report is up and things aren’t looking too out of the ordinary here.

For starters, newcomer Jelly Bean has managed to break a little ground with 2.7% of the share so far. Samsung’s Galaxy Note 2 has a huge part in this as it was the first device to come shipped with Jelly Bean and that phone has sold 3 million units so far. But there are also the Nexus devices which are sure to make up a good chunk of that.

Whichever way you slice the pie, though, the share is still quite small compared to previous versions, natch. For instance, Ice Cream Sandwich now exists on 25.8% of all devices. It hasn’t quite been able to break the same ground Gingerbread did on the phone side of things, unfortunately, and with Jelly Bean taking center stage it likely won’t ever reach those heights.

That’s a good thing, but none of it will mean anything unless we can get that Gingerbread count down. The legacy OS (it’s still totally operational, it’s just not the most modern version) still takes up 54.2% of all devices.

Most new phones and tablets are launching with Ice Cream Sandwich or higher so we can attribute Gingerbread’s resiliency to the fact that many phones have been left in the dark in regards to OTA upgrades. It’s a shame, but that’s the sad truth that we have to deal with. Most folks with these “dead in water” phones probably won’t be getting rid of them until their upgrades are up so Gingerbread could be the king for quite some time.

The reason it’s important to want Gingerbread to die is because it would accelerate development for Holo UI apps instead of people sticking to the old UI framework. There are a good amount of apps modernized already, but there are a lot more that simply haven’t caught up with the times. It’s not clear how things will look the next time Google updates these numbers but we don’t expect any huge jumps between now and then. Be sure to head to the source link for the full report. 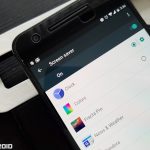 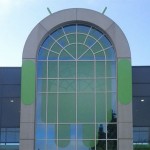 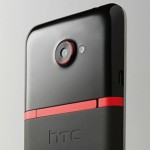 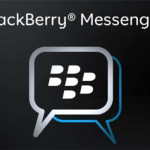 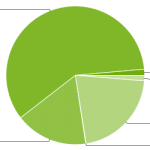