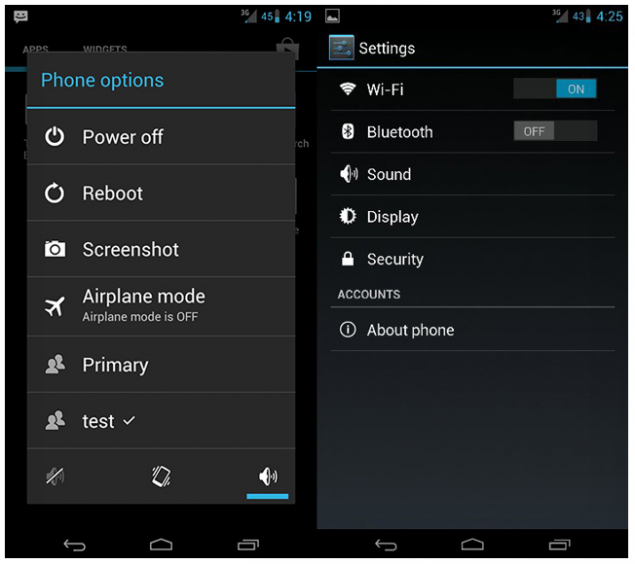 Here we go, guys. This is where we separate the kiddie mobile OS’s from the big boys: multiple user accounts. We’ve heard about it. We’ve dreamed about it. We want it. The good news is that we recently discovered early versions of it already baked into Jelly Bean AOSP, so we know Google has, at the very least, been toying around with the idea.

Today, a developer over on XDA managed to activate the sleeping code, getting multiple user accounts to appear in the power menu (activated when holding down the power button), and although it should work on any AOSP ROM (CM10, AOKP) there’s not much functionality. He showed off his handiwork in a video tutorial and after typing out a few lines of code in Terminal Emulator, you too can get multiple users accounts up and running on your ROM. Check it out.

Another user managed to get it up and running on his Galaxy Nexus and provided some info on what’s working and what isn’t.

I found that in the second account there are apps that I don’t have in the primary account, for example: Google Wallet, Play Magazines, Play Books and Play Films. (I’m from Belgium)
Oh, they disappeared as soon as I signed in with my Google account.

If you are on the second user, most of the data from the primary user is hidden (you can not acces it).
For example:
– photo’s
– unlocked levels in Angry Birds
– music
– contacts
– google account
– clipboard
– home screen

But there are a few exceptions:
– all the apps are there, as if they were just installed
– the recent apps menu
– the use-app-as-default-setting (I don’t know the official name). For example: if you set Apex as default in the Guest account, it will also be default in the primary account.
– your messages (!)

Google software engineer Amith Yamasani actually addressed multiple user accounts after a dev attempted to submit a patch to AOSP tweaking the order of the power menu while multiple accounts were enabled. After rejecting the patch, Yamasani warned that, “Multi-user feature is not ready for deployment. Bad things will happen if you use it in its current state!” Yamasani went on to confirm that the Android user experience team has the final say on the UI for multiple UA’s and it will most likely change in the future. Shweeet…

The convenience of having multiple user accounts is something Android tablet users, specifically those with families, have been asking for awhile now. While it wouldn’t make much sense for smartphone users (other than having, say, a work accounts along with personal one) it looks like the possibility of multiple user accounts is all but certain in future versions of Android. Key Lime Pie perhaps? 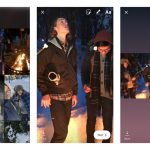