An interesting testimony was made today in courts where Oracle is facing off against Google. Former Sun CEO Jonathan Schwartz, who resigned from the company once Oracle bought it in 2010, says Sun didn’t have a problem with Google using Java APIs without a formal license. At the same time, he said they didn’t like what Google was doing.

They originally wanted Google to sign on with them and call any products with Android on it “Java phones,” something I’m sure many of you remember seeing advertised on the back of phone boxes back in the mid-late 2000s. Google declined, of course, but that didn’t stop them from using Java’s APIs anyway. Any company would be peeved, no? 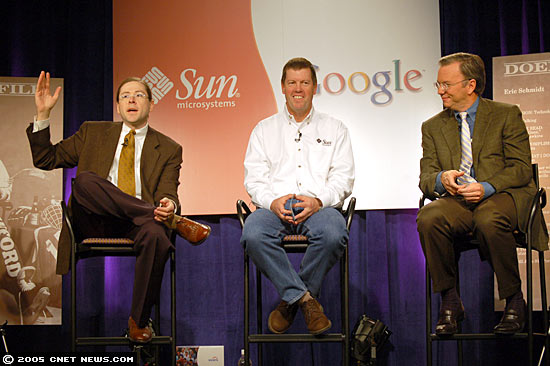 Well, they were. But they thought it was good business not to get into a fist fight with the search giant, citing Nokia’s battle against Apple as a prior example. So what is he saying?

Sun knew about it, and they didn’t like it, but they turned the other cheek and they weren’t going to have any problems. That’s unless, of course, Google were to use the Java name to advertise their products without Sun’s permission. They never did, and that was that. This could be a very huge testimony for all things considered.

While what they were doing wasn’t formal, Sun felt it wasn’t severe enough to enforce their licensing policies at the time and that could go a long way in backing Google. We’re not sure that it’s enough to put this case away, but it’s definitely one of the biggest, if not the absolute biggest, testimonies so far. The ball’s in your court, Oracle. [via CNet]