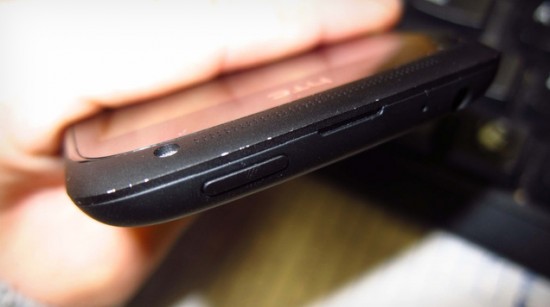 You may remember a few weeks back when we showed you the unique manufacturing process HTC touts in their promotional video for the HTC One S. In the video, the unibody shell of the device undergoes a “microarc oxidization” process in which the aluminum unibody shell is zapped by electricity, causing the exterior of the device to develop a ceramic-like coating, supposedly, four times harder than your everyday anodized aluminum. Well, if you were thinking of taking HTC’s advice and forgoing a protective case for the device altogether, you may want to reconsider after learning what’s been going on with a few user’s devices over on XDA.

Apparently, not just one, but a few HTC One S owners have been reporting chipping along the rim of the device after only a few days, even though their devices never suffered from any drops, or had been otherwise mistreated in any way. This occurrence was also verified by developer extraordinaire, Paul Modaco, who noticed the same issue with his One S.

HTC has responded to TheVerge today and says they are “aware of the reports” and are currently investigating the issue.

It’s worth noting that the microarc oxidation (MAO) process is only found on the black version of the One S. So, for those that are looking to avoid unsightly paint chips, you might want to pursue the grey/silver/blue version instead. This news follows reports of the HTC One X supposedly suffering from poor build quality after the plastic housing allows for erratic touch sensor behavior when gripped too tightly. Not exactly the kind of publicity HTC was hoping for after releasing their flagship overseas (and soon in the US).

What do you guys think? Are these users being too nitpicky? As someone who lives with OCD, I can tell you seeing little paint chips like that would cause me to lose my mind (and actually did, after noticing a similar problem on my HTC EVO 3D). This is unacceptable for a device that was supposed to chip the floor when dropped, not vice versa.

UPDATE: It appears that, after a quick investigation, HTC has responded to the chipping claims in a statement saying,

HTC is committed to delivering a high quality product and great experience for all our customers. There have been a few, isolated reports of this issue. The finish on the One S was laboratory tested as being at a hardness similar to ceramic. While that’s hard, it doesn’t mean it’s impossible to damage. Regardless, HTC takes quality very seriously and are providing all customers with an immediate fix and we are implementing some small changes to ensure customers do not experience this issue in the future.

Looks like One S owners who have already purchased the device could either bring the affected devices back to the store they purchased the phone from, or HTC will replace it under their standard warranty terms. That was fast. Kudos, HTC! 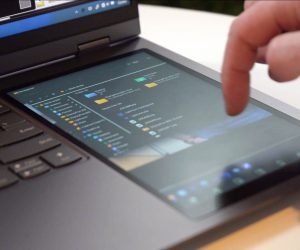